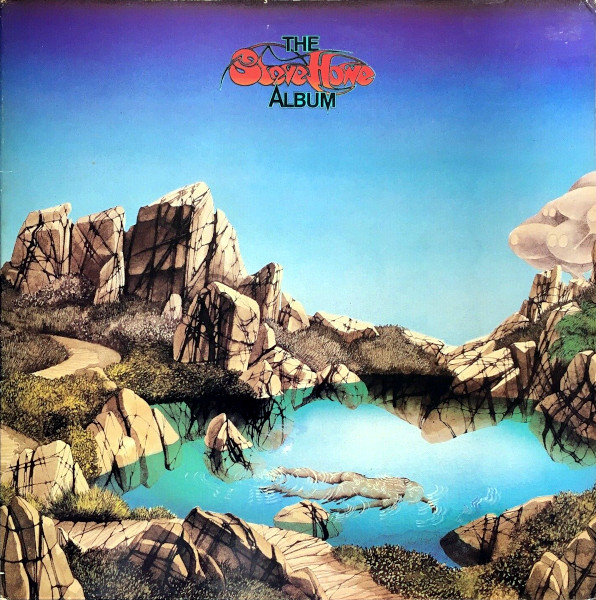 The all-instrumental second album showcases Steve doing what he does best (stringing), and not what he doesn’t (singing).

Kronomyth 2.0: The six wires of Stephen the Great.

Steve’s second solo album follows the format of his first, minus the singing (hooray!), with rapid-fire ideas rendered in musical rapture. The attendant kronomyth is a nod to the notion that this and Wakeman’s Six Wives are analogous in their relation to their creator’s muse as their most musical expressions. The Steve Howe Album is also a remarkably good-humored record. The guitar lines in Yes often leapt with joy, and you can hear the source of that joy on this record: “Pennants,” “Cactus Boogie,” “Diary of a Man Who Vanished,” “The Continental.” You could also hear it on “The Clap,” which again gets a kind of reprise on “Meadow Rag,” much as “Ram” before it.

While nothing on here is as insidiously tuneful as “Lost Symphony,” “All’s A Chord” is awfully close and marks the only occasion on TSHA when Steve sings. A cameo from Claire Hamill on “Look Over Your Shoulder” is a tasteful addition, inviting comparison to the work of Renaissance (due to a dearth of female prog singers and my general laziness in these matters). The album closes with not one but two classical pieces: “Double Rondo” and a reverent version of Vivaldi’s “Concerto In D (2nd Movement).”

Steve pulls out all of the stops (and an impressive stringed arsenal) on The Steve Howe Album, making this record a real showcase for his talents as a player and composer. Beginnings may be the better place to begin simply because it was Steve’s first solo record, and a very good one at that, but this is the Steve Howe album to play for your friends, if only because you won’t have to defend his questionable singing.

All songs written by Steve Howe unless noted. (*The US version credits A4 to Howe, not Janacek.)

Steve Howe (guitar, bass, Moog, vocals) with Bill Bruford (drums on A3), Clive Bunker (percussion on A2), Clair Hammill (sic) (vocals on A5), Andrew Jackman (conductor & orchestration on B4), Ronnie Leahy (Korg & Arp synthesizers on A1, Hammond organ on A5), Patrick Moraz (piano on A3), Graham Presket (violin on B2), Alan White (drums on A1/A5). Produced by Steve Howe; engineered by Greg Jackman, Roger T. Wake; mix down engineered by Greg Jackman.

Cover painting by Roger Dean (which was edited on later releases to remove the dead body floating in the pool). Cover designed by Magnetic Storm Ltd. Photography by Miki Slingsby, Bart Nagel.