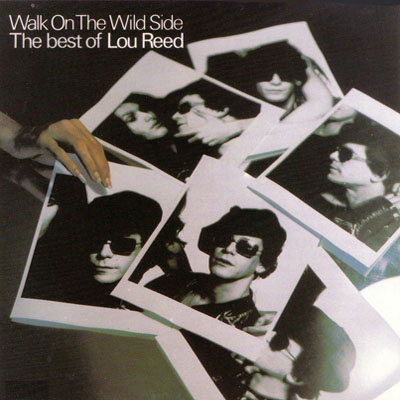 Lou Reed’s greatest hit… plus ten other tracks that were apparently pulled out of a fancy French beret.

Lou Reed the reluctant glam queen, the burned-out Factory survivor, the vicious rocker. It’s all there in the early years. Walk on the Wild Side captures some of it, sure, but this is the highlight reel Reed. The real Reed (presuming one exists) is on Transformer, Berlin, Rock n Roll Animal. Epic albums all of them, that bespeak his star quality better than “New York Telephone Conversation” or “How Do You Think It Feels” in isolation. The man only had the one hit anyway, and the decision to walk on the safe side with sundry singles left over is a copout. If you haven’t heard “Perfect Day” or “Caroline Says II,” then you haven’t heard the best of Lou Reed by far. The Bowiefied “Satellite of Love” is a fine choice, of course, and you couldn’t do this without Walk, but the rest of The Best is something of a bust. The decision to include the nonalbum B side, “Nowhere At All,” is a ballsy move, but it’s barely enough to counterbalance the castrated live version of “Sweet Jane.” They digitally remastered the whole thing in 1988, years before the industry got the remastering thing right by adding bonus cuts. In an earlier review, I called this “eclectic and delicious,” likely because I was starved for adjectives and good music. As a sampler goes, this follows. Lou Reed isn’t meant to be sampled and tasted but swallowed whole as either honeyed mead or bitter wine from blackest fruit in an act of faith befitting the fact that both libations are at the root blood Reed.

The Players
Compiled by Lou Reed and Bruce Somerfeld.

The Pictures
Cover design and photos of Lou Reed and Rachel by Mick Rock. Art direction by Julie Harris and Steve Ridgeway.