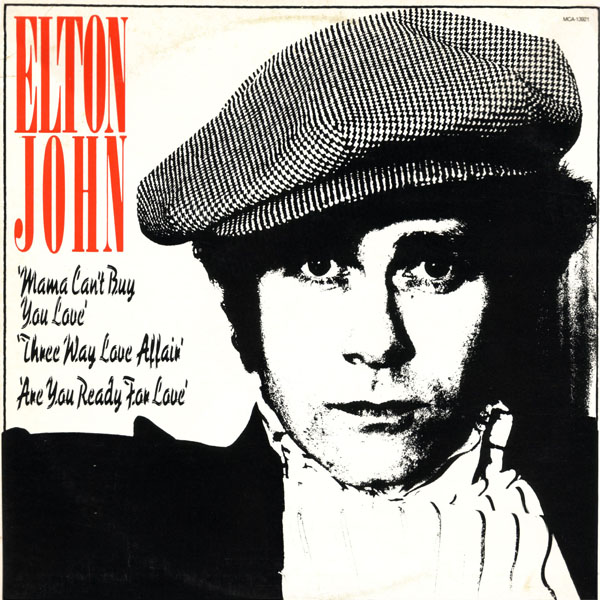 These songs were salvaged from 1977 Philly Soul session produced by Thom Bell and featuring material written by Bell & James.

The second half of the Seventies saw Elton wiltin’. Here And There was nowhere, Blue Moves was a double-album downer and, by 1979, Elton seemed a washed-up disco diva. These were lost years, complete with their own lost sessions.

In 1977, Elton went into a studio with Philly soul producer Thom Bell to make a disco album. The material was written mostly by Bell’s son LeRoy and Casey James (of Bell & James fame) and featured that pair plus members of MFSB on instruments. The Philly disco detour wasn’t entirely unexpected (“Philadelphia Freedom” ring a bell?), but for some reason the sessions fizzled out after a half-dozen tracks. It wasn’t until after A Single Man that Elton remixed a handful of them, scoring a surprise hit with “Mama Can’t Buy You Love.”

I’m not the biggest disco fan in the world (pshaw, you say), but I thought “Part-Time Love” was pretty good, and these songs are much better than that. The opening strings and horns on “Mama Can’t Buy You Love” are vintage magic; much better than an nth pale retelling of “I Want You Back.” And the harmonies on “Three Way Love Affair” are as rich as anything on David Bowie’s Young Americans. Victim of Love is a mugging, but these lost sessions are a find in the flatlands between Rock of the Westies and 21 at 33. A decade later, the “complete” sessions were released as a six-track EP.

Photography by A3. Design by Jubilee.