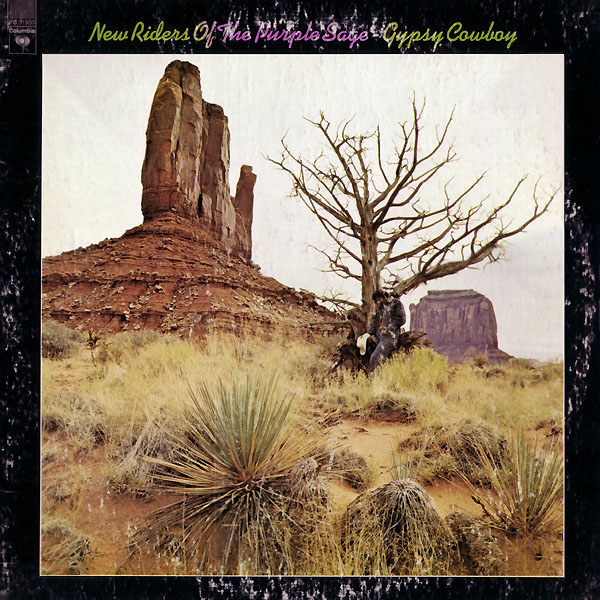 The Riders’ most psychedelic set yet, this is more aligned with the Byrds and the Burritos than the Dead.

Kronomyth 3.0: Life after the Dead.

The Riders had been dropping their Dead along the way and, presumably, Deadheads along with them. By their third album, Gypsy Cowboy, the Dead’s participation in the project consisted of Donna Jean Godchaux singing backing vocals on a pair of tracks. Unlike the previous Powerglide, there are only two cover tunes this time, both of which I think are sung by David Nelson (but don’t quote me on that).

As with many of their California country-rock counterparts, it’s not clear what side of the fence the Riders are on: are they pot-smoking cowboys or psychedelic rockers who see themselves as modern-day Western outlaws? You won’t find the answer in the songs, which range from the sweet country confection of “Sutter’s Mill” to the epic “Death And Destruction,” featuring psychedelic guitar/violin feedback and a subject that shadows the Stones’ “Sympathy For The Devil.”

Maybe Gypsy Cowboy is the right title, since the band doesn’t rest at any one place too long. The opening title track sounds more like a long goodbye, then it’s on to a pair of country-rock songs about tight getaways and loose ladies, followed by the polar opposites of “Sutter’s Mill” and “Death And Destruction.” Side two features are few innocent tunes from Dawson (including the early “Superman”), Torbert’s reflective “On My Way Back Home” and straightforward covers of the country songs “She’s No Angel” and “Long Black Veil.” Although it didn’t contain any hits and was slighted on 1976’s Best Of compilation, if you’ve come this far with the New Riders, there’s no reason to turn back now.

Photography by Thomas Weir, whose distinctive work also appeared on some of the early Grateful Dead albums.