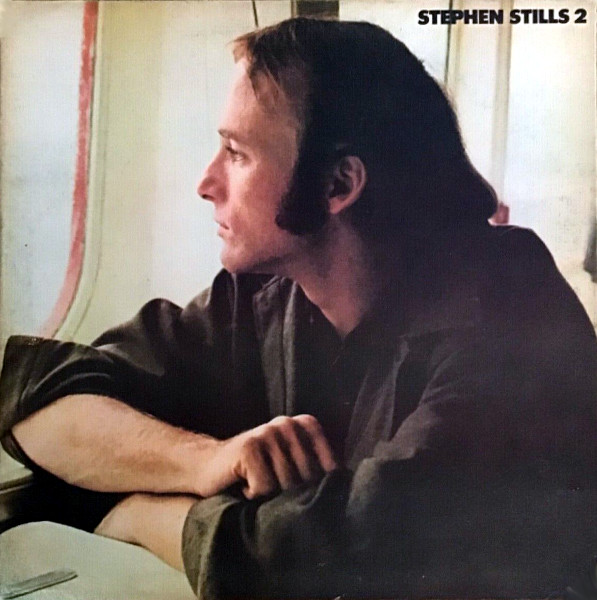 Critics and fans generally agree that the five records Stephen Stills released on Atlantic (six if you count Stills Live) represent his best work. No argument there from me. Where I tend to part ways with critics is in the put-down of Stills 2 as plainly inferior to the works before (Stephen Stills) and after (Manassas). It is not the beneficiary of stockpiled songs; only “Change Partners” and “Know You Got To Run” are leftovers, to my knowledge anyway. Second albums are often disappointing for this reason.

But Stills 2 isn’t a mere placeholder. It charges into the breach with a dozen new songs that offer something for everyone: ravers (“Relaxing Town”), CSN-styled harmonies (“Singin’ Call”), the blues (“Open Secret”), guitar duels (“Fishes And Scorpions”) and a smartly arranged return to the old buffalo hunting grounds on “Bluebird Revisited.” Honestly, I think these songs stack up fine against the material on the double-album Manassas and rise above Down The Road.

As with his first record, Stills invites some of the world’s best guitarists (Eric Clapton, Jerry Garcia and a young Nils Lofgren) and more than holds his own in their esteemed company. While the first album had a genuine hit to rally around, Stills 2 has more surprises in store: the retro raver “Marianne” (it’s a shame Stephen Stills and Steve Miller didn’t play together), the funked-up blues of “Nothin’ To Do But Today,” the sweet southern sound of “Sugar Babe.” Unfortunately, it was “Change Partners” that was tapped as the first single, and listeners may have compared it to “Love The One You’re With” and extrapolated the album’s quality from that single data point, which would be a mistake.

On Stills 2, I hear Stephen Stills growing more comfortable as a singer, songwriter and arranger. I know, I did pick on Stills for his lackluster performance on 4-Way Street but, as Stills 2 shows, he’s still a significant talent when fully engaged.

All songs written, arranged and conducted by Stephen Stills unless noted.