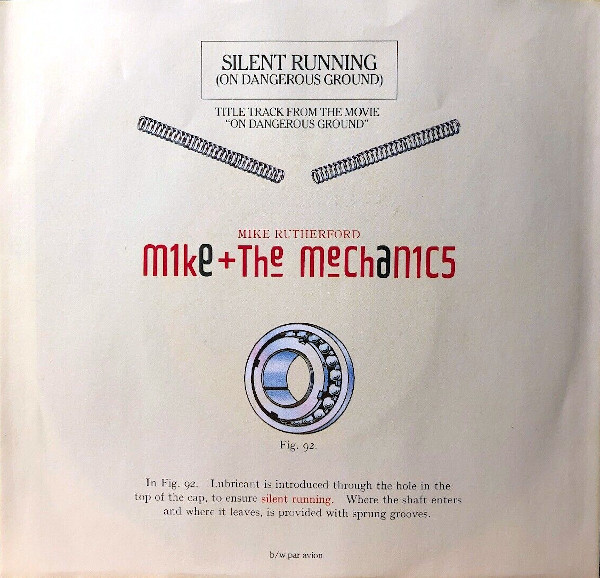 This song appeared in the film On Dangerous Ground, a/k/a Choke Canyon, a/k/a that crappy film with Bishop from Aliens in it.

This song appeared in the film On Dangerous Ground (Choke Canyon in the US). At least I think it did, since only about 200 people actually watched that film. It had Lance Henriksen in it, a man who attracts bad movies like Madonna. In fact, I’m shocked that Lance Henriksen and Madonna haven’t appeared in a movie together.

The video for Silent Running had a wider audience. It’s a mini-story about a boy who is visited by an alien who knew his father and, well, I lost interest after the first two minutes so I don’t know how it ends. Maybe he builds a radio to communicate with his Dad or goes on an alien probing expedition to retrieve an old pocket watch. I always thought the video should have been about Eastern bloc citizens living in a fascist/communist regime, since that’s what I thought the song was about. The single version of “Silent Running” runs about two minutes less than the album version. They cut out most of the 90-second intro (which I thought was the best part) and presumably something else.

The singles for this came in a few interesting shapes and sizes, from a picture disc in the shape of an engine (Mike + the Mechanics, get it?) to a 12-inch single that includes a nonalbum instrumental, Too Far Gone, and restores the A side to its original six minutes. “Too Far Gone,” by the way, sounds like the sketch of a song that never materialized. The regular 7-inch singles featured either I Get the Feeling or Par Avion in their original album versions.