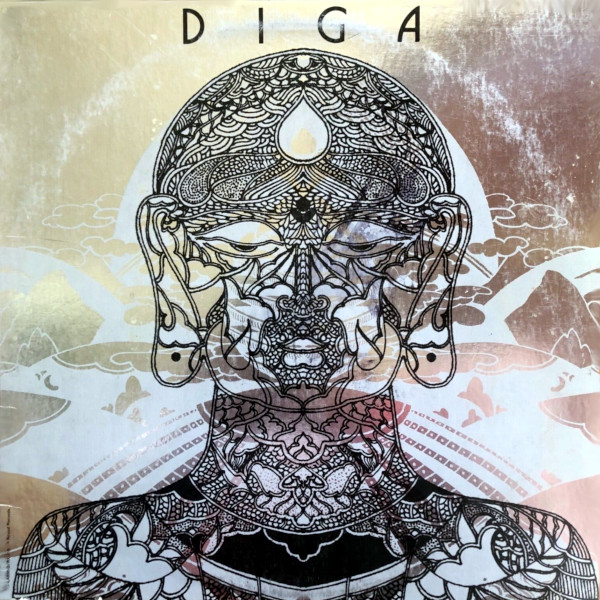 Forty minutes of “Drums” featuring a global orchestra of drummers, this set the tone for Hart’s future adventures in world percussion.

During the Dead’s second 70’s hiatus, Mickey Hart joined Zakir Hussain in a newly formed “percussion orchestra” (Hart’s words, not mine) dubbed Diga Rhythm Band. It may not have been the groundbreaking cultural crossover it should have been—the world still wasn’t ready for an entire album of panethnic percussion—but Diga certainly succeeded at stretching some skins and expanding a few minds.

The album in its original form starts with a pair of short pieces augmented by Jerry Garcia’s guitar, the second of which (“Happiness Is Drumming”) went on to serve as the inspiration for Shakedown Street’s “Fire on The Mountain.” Both opening shorts introduce the idea of wisps of melody (via marimba, vibes and sparing guitar) enveloped in a thick swarm of eastern and western percussion (tabla, drum kit, tympani, bongos and so on). The three longer pieces feature less melody and more percussion, shifting the sound in a rich kaleidoscope of trills, rolls, beats, bumps and assorted onomatopoeia. It’s an amazing album both in its revelation of the musical potentialities of percussion and its cross-cultural mission to blend east and west into something new and exciting.

Of course, appreciating this album presumes that you’re open to forty-two minutes of sonic sensory exploration. If you found the drum solos during the Dead concerts a bore, you’re not going to dig Diga. But if you did enjoy them, Diga is in many ways their logical culmination: an entire album consisting of almost nothing but drums. I’d tell you this is one of the most fascinating side chambers in the catacombs of the Dead, but I’m an incurable navel-gazer at heart. Note that, for some reason, the subsequent CD reissues changed the track order and edited a few minutes from “Tal Mala.” I prefer the elpee version, since the shorter tracks with Garcia ease you into Diga’s unique soundscape.

Cover art by Jordan Stenberg. Back cover photo by Oneheart.