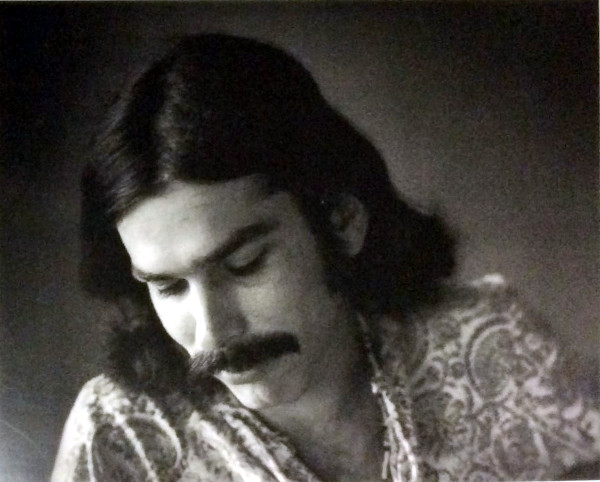 The solo career of the second drummer in the Grateful Dead has essentially been a series of fascinating drum solos, by which I mean that his music has focused on percussion to the exclusion of almost every other instrument. Rolling Thunder (1972) was the exception: a Dead soundalike (of sorts) with vocals and actual songs. Hart’s next effort, a collaboration with Zakir Hussain and nearly a dozen different percussionists billed as Diga Rhythm Band, turned out to be the true direction of his muse. Mixing eastern and western percussion instrument (with a modicum of guitar from Jerry Garcia), the panethnic percussion of Diga (1976) was years ahead of its time.

Hart’s next few albums included some highly experimental efforts. Yamantaka (1983) focused on Tibetan bells; Music To Be Born By (1989) was built around his newborn son’s heartbeat. At The Edge (1990) and Planet Drum (1991) returned to the multicultural, multiplayer percussion of Diga Rhythm Band; the latter even landed Hart a Grammy for Best World Music Album. Although Mystery Box (1996) again proved Hart to be highly capable of making commercial music, his main musical interest remains pushing the boundaries of music through a mastery of percussion and its potentialities. If you’re inclined the follow the beat of a different drum, the music of Mickey Hart beckons.

DÄFOS (1983)
Dry Sands of the Desert / Ice of the North / Reunion I-Reunion II-Reunion III / Saudaçao Popular / Psychopomp / Subterranean Caves of Kronos / The Gates of Däfos / Passage. Co-credited to Airto and Flora Purim and released on elpee and compact disc in 1983 (Reference, RR12/CD). Re-issued on compact disc and cassette in 1989 in the US (Rykodisc, RCD 10108/RACS 0108). Re-released on limited edition gold, remastered compact disc in 1989 in the US (Rykodisc, RCD 80108).

PLANET DRUM (1991)
Udu Chant / Island Groove / Light Over Shadow / Dance of the Hunter’s Fire / Jewe “You Are the One” / The Hunt / Temple Caves / The Dancing Sorcerer / Bones / Lost River / Evening Samba / Iyanu “Surprises” / Mysterious Island. Released on compact disc and cassette on September 27, 1990 in the US (Rykodisc, RCD 10206/RCAS 0206); reached #1 on the US Top World Music charts and awarded Grammy for Best World Music Album. Re-released on remastered gold compact disc in the US (Rykodisc, RCD-80206).

GLOBAL DRUM PROJECT (2007)
Baba / Kaluli Groove / Funky Zena / Under One Groove / Dances With Wood / Heatspace / Tars / I Can Tell You More. Co-credited to Zakir Hussain, Sikiru Adepoju and Giovanni Hidalgo and released on compact disc on October 2, 2007 in the US (Shout Factory) and the UK (Evangeline, GEL-4115); reached #6 on the US Top World Music charts.