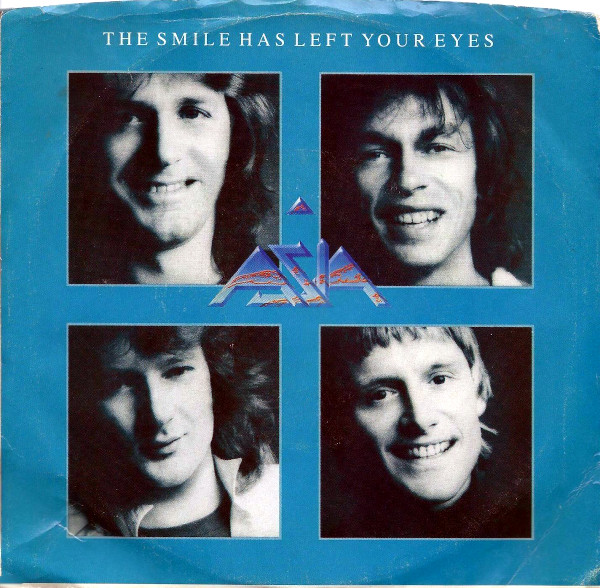 And just when you thought there couldn’t be a weepier song than “Don’t Cry,” along came this.

Kronomyth 2.2: Downes in the dumps.

I read that John wrote this song for Geoff Downes in five minutes, which sounds about right. Although it’s one of my least favorite Asia songs, I admit that I find myself humming it often, so maybe I’m not giving it enough credit. The band released a sophisticated video to support it: a miniature French film about divorce that ends with a little girl jumping off a bridge. I know, right, just when you thought the song couldn’t be any more depressing. Truly, the best of Asia represented the worst of times: loneliness, depression, nuclear war. The B side is another overlooked Steve Howe contribution, poppier than most of what made it onto Alpha, although it feels like the finishing touches for it are missing.

12-inch Single Version
A1. The Smile Has Left Your Eyes
B1. Lying To Yourself
B2. Midnight Sun