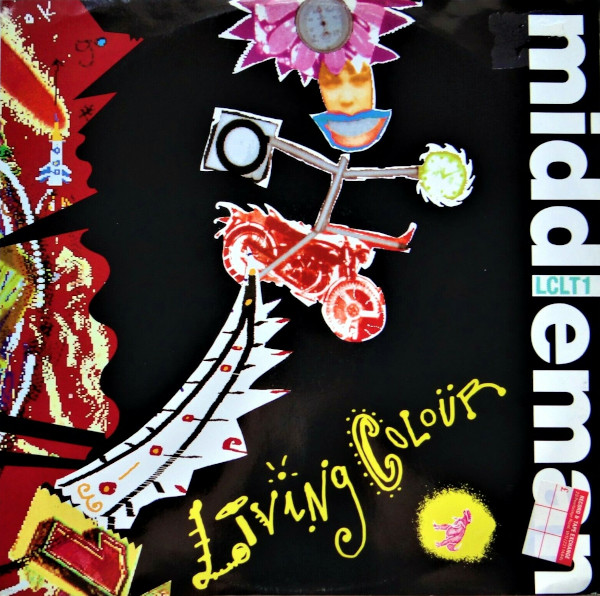 Not the first, second or third best song on their debut album, but a safe choice (ironically enough).

Kronomyth 1.1: Not the best, but not like the rest.

The funny thing is, I would have pegged Middle Man for the middle of the pack on Vivid, not the first single. “Cult of Personality,” “Glamour Boys,” even “I Want to Know” would have been the more obvious choices. A confusing music video didn’t help matters; like their early album artwork, it was like looking at Godzilla barf up the contents of a city. And, if that image weren’t clear enough, there was always the shaped 12-inch picture disc that looked like actual barf.

The B sides, Desperate People and Funny Vibe, are actually better songs, in my opinion anyway. “Desperate People” has a riff worthy of Black Sabbath, while “Funny Vibe” is hilarious and brilliant at the same time. It was clear from the beginning that Living Colour was a very different kind of band, but it wasn’t until “Cult of Personality” that you realized how big they could be (even as you realized they were probably too smart for their own good).