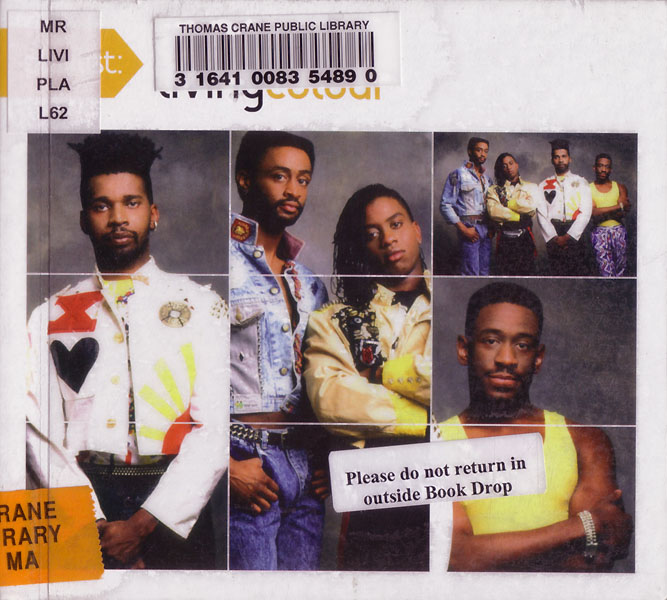 A reduced-price compilation that covers the highlights from their career pretty well for what it is.

You’re walking down the street and then your feet shut down, because you can’t bust a move in your Buster Browns, you want to kick out the jams but it’s more like jammies, you better get yourself some Colour (eight dollars, please). You’re on a line, wasting time, waiting to be dead, and that song is like a thorn stuck inside your head, you gotta pull it out and put it in your ears at once (enter abraham lincoln and the washingtons).

Click: I’m playing it cool in my Corolla LE, when some soccer nazi pulls up in an SUV. Now, I can tell from her look that she’s not down with my ride so I tune her out completely and I turn up “Pride.” Later on, having fun, drinking beer with the boys, while the jukebox in the corner’s playing funked-up noise, I get a satellite transmission that goes straight to my brain: You give me ten bucks now, I’ll give you two back change.

Brother Apple is the wrapper that the whole world licks, the people giving them their money just to get some kicks. You down with MP3? They’re up to MPx. You can’t get greedy with the CD (or at least not yet). If it’s a Playlist it’s an A-list with a few neat tricks, we’re talking hard-to-find and classics in a master mix, and just like Brainiac it passes all the tests of time (plus it’s only going to cost you $7.99).