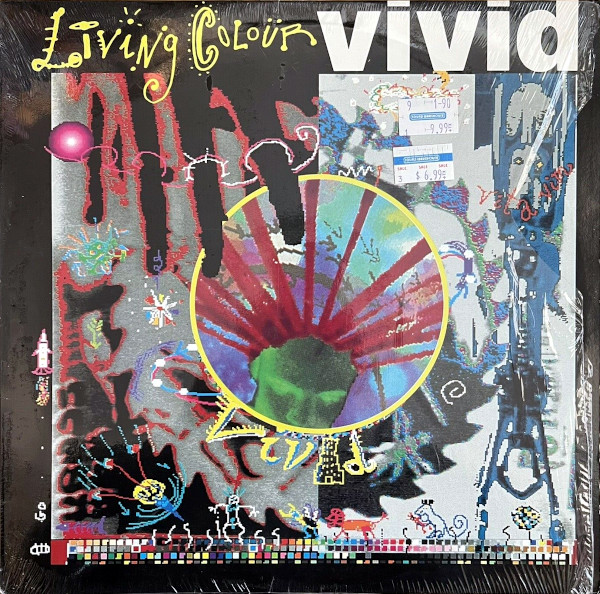 One of the most startling debuts of the year, mixing rock, metal, rap, soul and guitar heroics.

Kronomyth 1.0: As time goes on, I realize just what you mean to me.

When I first heard Living Colour, I was sure this was the future of rock. Vivid spoke to the crossover of cultures and generations, mixing elements of funk, rock, rap, metal, spoken media, soul and punk into a sensory overload experience. Maybe the world wasn’t ready for Living Colour (it took about a year before this music could be properly peddled in the mainstream, and even then it took a silly video like “Glamour Boys” to do it), or maybe the band wasn’t ready to be rock’s next great hope.

Lord knows they were difficult to market. A brown-skinned band playing alternative metal, they drew inspiration from astonishing sources: heavy metal, rap, college rock, funk. Amazingly, it all seems to work on Vivid. The out-of-control arrangements of “What’s Your Favorite Color” or “Funny Vibe,” the polished pop metal of “Glamour Boys” and “I Want To Know,” the full-on metal of “Cult of Personality.” Living Colour seemed to thrive on defying expectations.

The social message sounded charged, though looking back Living Colour wasn’t saying anything that hadn’t been said a hundred times before. “Cult of Personality” resonated at the time because we’d just gone through eight years with an actor as our president, and is probably the most pointed song on the album. “Funny Vibe” and “Which Way To America?” are the only tracks where the band’s color even comes into play. I guess that’s where the “future” part kicked in for me; Vivid was an album where all manner of music got along. It remains, to my mind, one of the best debuts from the ‘80s and one of the best records from 1988. And the guitar work of Vernon Reid on this album is astonishing. Would’ve loved to hear him play with Frank Zappa.