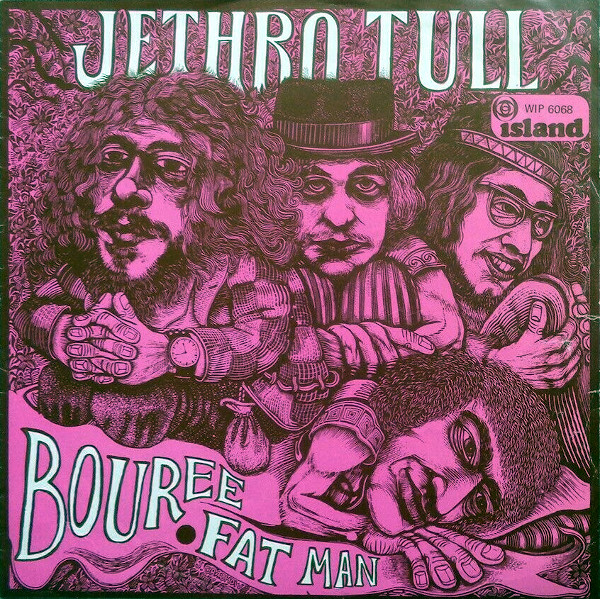 Kronomyth 2.1: The critic falling over to tell himself he’s bouree-ing.

Although credited to Ian Anderson, Bourée is an adaptation of J.S. Bach’s Bourée in E Minor. Anderson, ripping the “f” from his shirt, replaces the lute with flute and gives it a jazzy treatment. It’s a cute idea, and stands as the only Jethro Tull instrumental I can recall that was released as a single. The single featured different B sides depending on the country of origin, and it appears to have been released first in the Netherlands.

In my opinion, “A New Day Yesterday” and “Nothing Is Easy” are the logical singles from Stand Up, and the fact that both songs lead off their respective sides suggests someone else felt the same. Instead, like so many second albums, Stand Up didn’t have a proper single. It’s still a very good album, as the various B sides (Fat Man, Reasons for Waiting, Look Into the Sun) attest.