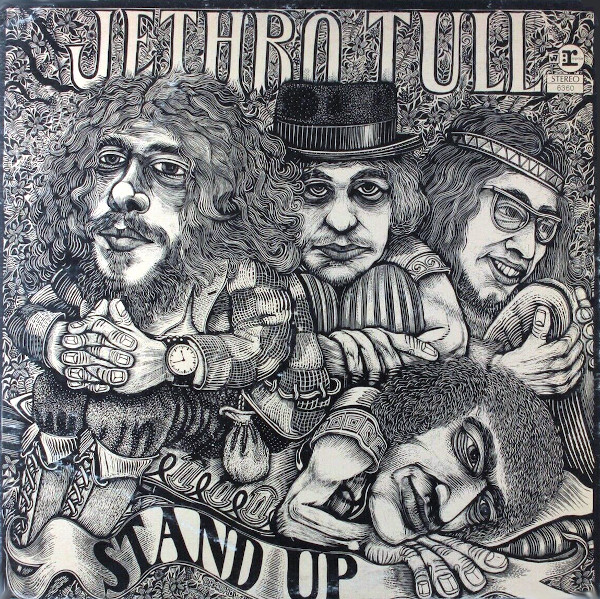 The band comes under the heady direction of Mr. Anderson. Greatness ensues.

Kronomyth 2.0: It was a new play yesterday, but it’s an old play now.

A slight scuffle from A(brahams) to B(arre), during which Ian Anderson took the wheel. Stand Up follows their first album in most regards: explosive blues/folk, some psychedelic concessions in the instrumentation. The prime difference is a pronounced shift toward acoustic music; Martin Barre arrived with no baggage and seemed pleased to pledge allegiance to the new lord of the manor.

To those that found Jethro Tull’s later shift toward convoluted concepts distasteful, Stand Up is classic stuff, the likes of which wouldn’t be seen again after Benefit. Prog fans, however, sometimes find the band’s first two albums tame and derivative compared to their subsequent masterworks. I admit, as a young man, I filed Stand Up alongside their first album as dusty arcana boasting but a few well preserved morsels. But I reminded myself of the talent in attendance and patiently played a tape of this on my way to work for a few months. As many would suspect, the album soon worked its peculiar magic. I found myself anticipating with pleasure the cranky insights of “A New Day Yesterday,” “Look Into The Sun” and “For A Thousand Mothers,” the tastefully orchestrated “Reasons For Waiting” and the bemused observations of “Fat Man” and “Nothing Is Easy.”

Though Benefit balances the light and dark sections better, the small leap that Stand Up makes is not to be discounted. In fact, the album is important for introducing Anderson’s lyrical insights: a vague dissatisfaction with the world around him, a cherishing of childhood, a bemused philosophical bent. As such, Stand Up clearly belongs to the same school of thought as Tull’s later works. The band had settled on a slightly new course, choosing a different path in the woods, and that made all the difference.

All songs written by Ian Anderson.

The cover was based on ideas from Terry Ellis and John Williams and printed from woodcuts by New York graphic artist, Jimmy Grashow.