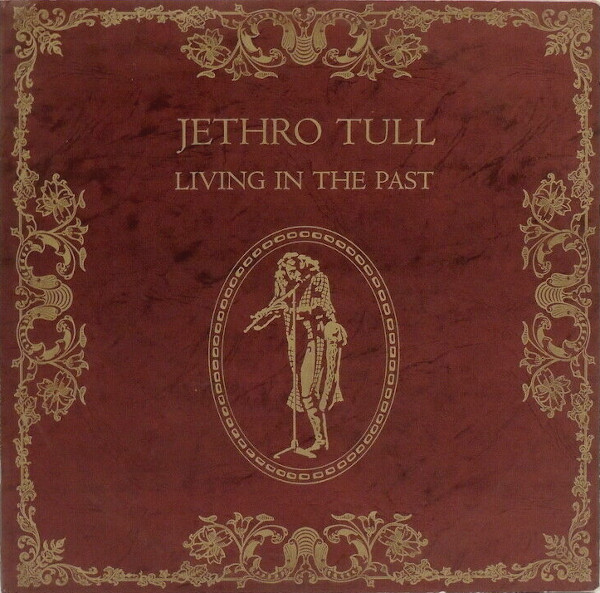 A feast for fans made from treats, leftovers and a live performance at Carnegie Hall.

A collection of nonalbum B sides, A sides that differed from their elpee counterparts, live tracks and unreleased gems. Not odds and sods by any means, Living In The Past returned to what some felt were the band’s glory days, before Ian started to lay things on a little Thick. Me, I could have lived without the live “By Kind Permission Of,” but the remaining songs make this a more rewarding purchase than Jethro Tull’s first three records (which were themselves no slouches). The only knock on this compilation is that the sense of discovery, which each new Tull album seemed to promise, is here replaced by a sense of rediscovery.

With Aqualung and Thick As A Brick, Ian and the band had vaunted past the technical accomplishments present here, and a certain measure of recycling (“Wond’ring Again,” “Up The ‘Pool”) tempers the wonder these songs might have originally inspired. I won’t give you a song-by-song breakdown (where would the fun be in that?), but I will pull out a few diamonds for inspection. There are, first, the classics you might have missed: “Living in the Past,” “Life Is a Long Song,” “Witches Promise” and “Sweet Dream.” Easier to obtain but always welcome are “Teacher” (one of two tracks deleted from the single CD reissue), “Hymn 43” and “Inside” (which didn’t appear on the original Reprise double elpee, go figure). Next are what for many will be new discoveries: that sober antidote to the Christmas spirit, “Christmas Song,” “Love Story” (the last single with Mick Abrahams) and a radical live treatment of “Dharma for One” that now included lyrics. The remaining tracks are often pleasant acoustic throwaways, not unlike the little bits that Ian slipped into Aqualung.

Although it fills in most of the gaps between This Was and Aqualung, Living In The Past is rightfully a repast on its own. If you haven’t heard it, I envy you the discoveries that lie ahead in this tome of wonder. And, speaking of discoveries, it seems that some people took Ian’s joke about smoking fingernail clippings to heart. Trust me, you do not want to try this at home unless you’ve got an air freshener handy.

All songs written by Ian Anderson unless noted.