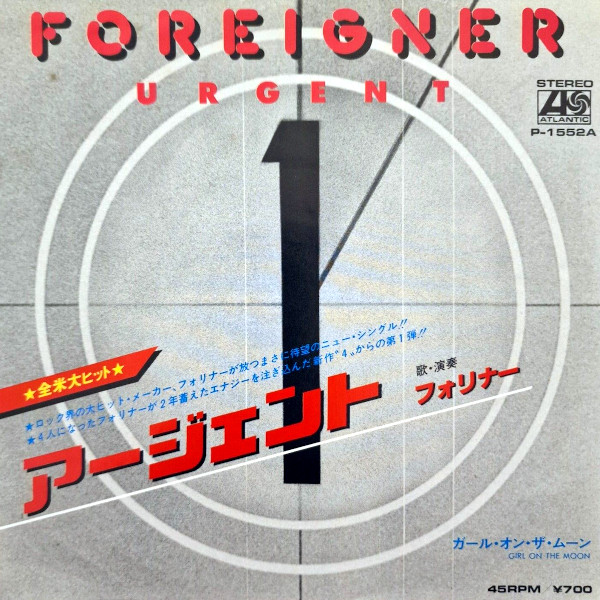 One of the most memorable songs from the 1980s, for better or worse.

Old Macdonald and the forest green were gone, replaced by an apprenticing wizard of great promise, Thomas Dolby, and an old mage for hire, Michael Fonfara. Also blowing into the studio was the legendary Junior Walker. With such mercenary magic, the core four soldiered on with the spectacular 4, produced by the high priest of studio rock himself, Mutt Lange.

The opening single from Foreigner’s fourth reached a felicitous 4 on the US charts, arriving with less urgent sea on the other side of the ocean, and remains one of the most readily identifiable tracks from the 80s. The single edit trims about half a minute from the ending to keep it under the 4-minute mark. The B side, “Girl on the Moon,” is identical to the album version. Note that the single was re-released in the UK in 1982 with a different B side, a live version of “Head Games.”