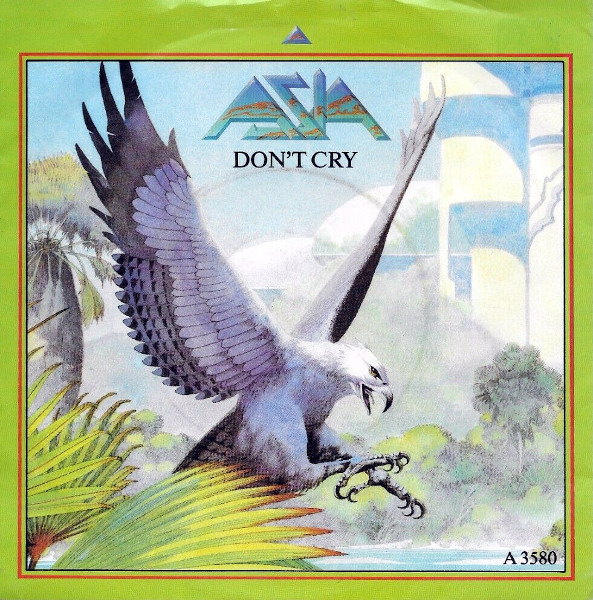 This is where it became painfully apparent that Asia would not be carrying prog’s fallen banner.

I thought Alpha a step back from Asia, which was a step back from U.K., which was a step back from King Crimson. At some point, you find yourself standing miles away from prog and wondering, “How did I get here?” (Watching the days go by…) People who bought into the Asia experience, however, didn’t seem daunted by John Wetton’s maudlin muse, and Don’t Cry joined the ranks of Asia hits before and, well, we’ll get to after later. The song did have a cute video to support it, inspired by Raiders of the Lost Ark, but at the end of the day you were still watching an interesting video while listening to a crappy song.

If that all sounds like a I hate Asia, I don’t. Daylight, the nonalbum B side, is at least as good as whatever ELO was churning out at this point. The group clearly had enough talent to make the hairs on your neck stand up, only they seemed to invoke that power rarely on Alpha in favor of weepy ballads. Astra used whatever gas in the tank was left, by which point John Wetton was gone.