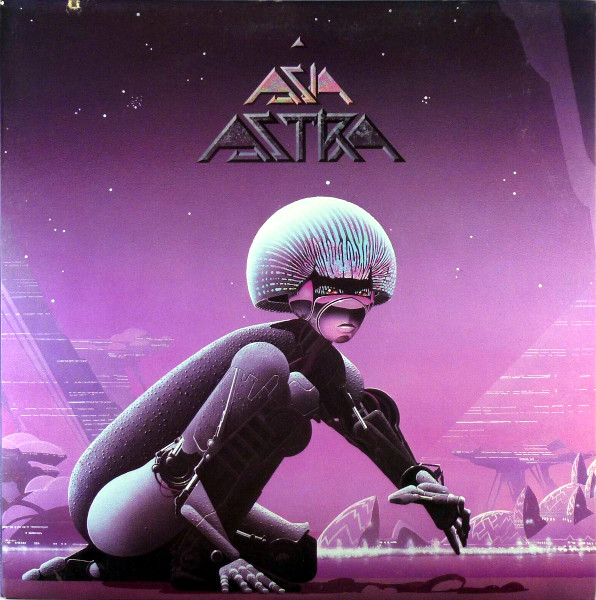 I don’t know howe they managed it, but Astra is actually a better album than their last.

At the time, I was actually more disappointed in Roger Dean for illustrating this album than Asia for making it, since no one really had high expectations after Alpha. But there was that album cover and, with a Pavlovian response born of countless Yes purchases, I found myself leaving the store with Astra. I listened to it, filed it alongside those other overblown Asia albums and quickly forgot about it. Years later, whenever I listened to it, I would focus on the few songs I liked and comment (to no one in particular) that Mandy Meyer was a pretty good guitarist for a guy I’d never heard of before.

But Astra is actually much better than that. The band spent more time on this album and it shows, both in the quality of the material and the painstaking production touches. Geoff Downes in particular is outstanding on this record; I wouldn’t have previously made the case for him as a prog keyboardist, and might not still, but he clearly has the capacity to make music of epic proportions. John Wetton and Carl Palmer are predictably excellent, and the new recruit (Meyer) provides firm support while wisely avoiding the temptation to step into Steve Howe’s shoes.

Despite being their least commercially successful album to date, Astra may well be their most artistically successful album—at least among the early trio of “classic” Asia albums. It’s a shame I didn’t appreciate it more at the time, but what would the fun of aging be if we kept seeing and hearing the world in the same way?

All songs written by John Wetton/Geoff Downes unless noted.