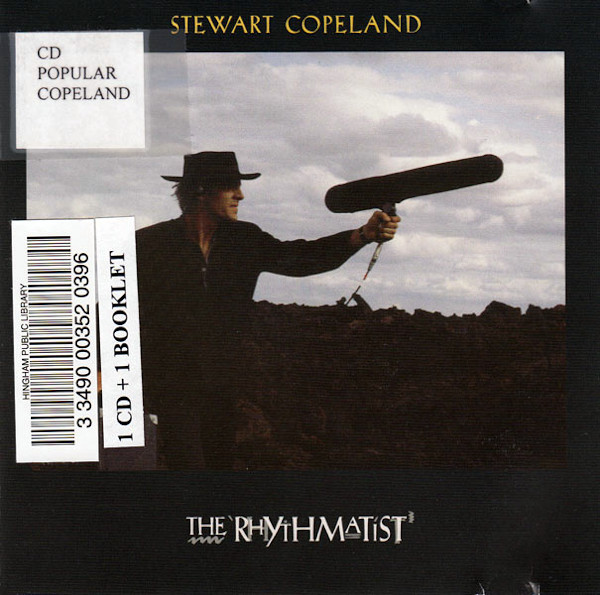 Another Western rock drummer returns to the cradle of rhythm, Africa, for inspiration.

Kronomyth 3.0: Klark Kent in the Kongo.

After seeing Stewart Copeland’s giant microphone on the front cover, with which he presumably recorded African tribes, animals and insects, I was expecting either forty minutes of dry-as-goatskin drum music or Highlife in the Bush of Ghosts. Instead, The Rhythmatist isn’t far removed from the African pop music that was always at the core of his solo music and work with The Police. The difference this time is that Copeland isn’t appropriating African pop music for his own designs, but insinuating himself into it. Copeland wisely engaged the services of vocalist Ray Lema, who wrote or cowrote three songs on here, arguably the best tracks on the album.

In some ways, The Rhythmatist anticipates Paul Simon’s Graceland, though it’s unlikely Simon himself ever heard the album; rather, the two albums reflect a growing interest in African pop music in the West. Those expecting The Rhythmatist to be Copeland’s definitive drum statement will be disappointed, save for maybe “Serengeti Long Walk,” which features his typically propulsive drumming and even a brief drum solo. Otherwise, Copeland’s drumming takes a backseat to his skills as a composer. You’ll hear the soundtrack artist at work on songs like “Samburu Sunset” and “Coco.”

Although the adventures of Klark Kent are a better bet to please the pure pop fans of The Police, The Rhythmatist is an interesting offshoot of that music into Africa. Most of the songs have lyrics (Stewart himself sings on the last two tracks, borrowing the narrative style of Stanard Ridgway), making it more fun than those Andy Summers instrumental records, at any rate.

All music composed by Stewart Copeland unless noted.