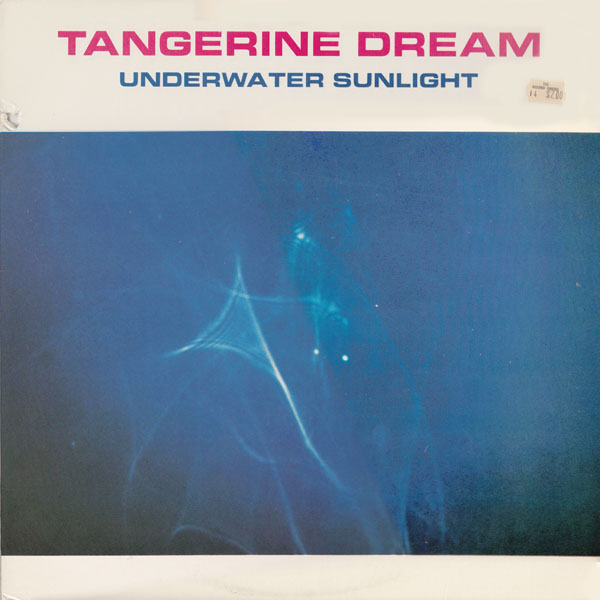 Without missing an electronic beat, Edgar Froese and Chris Franke replaced Johannes Schmoelling with Paul Haslinger and returned to the path of the compact, lyrical Le Parc for an album of aquatic-themed instrumentals. The side-long “Song of the Whale” (and, yes, there are more cringeworthy titles coming) initially sounds like the work of Alan Parsons Project, which is to say Pink Floyd Lite. Unlike recent albums, which had become more rhythmically informed, Underwater Sunlight is an amorphous album. In Tangerine Dream’s waterworld, songs drift in and out, heavy sequencer patterns are supplanted by shimmering sounds and melodies abound.

Those whose tastes turn toward the light side of electronica (APP et al) may view Underwater Sunlight as one of the band’s brightest efforts to date. The dark sonic riders among us may likewise be less enamored of TD’s softening musical stance. Haslinger’s tenure with the group did mark a shift toward more melodic and accessible music, although the band was already moving in that direction with Le Parc. I’ve defended this album in the past, but this morning I’m more inclined to tell you to follow a different Dream.

If you’re interested in the Haslinger Years, pick up Optical Race and then set your sights on something else. The second half of the 80s marked a new age, and I miss the dark ages. Over the years, “Song of the Whale,” “Dolphin Dance” (I warned you, didn’t I?) and “Underwater Twilight” have been admitted into the “best” of Tangerine Dream on various occasions, but honestly what Tangerine Dream song hasn’t appeared on a compilation at some point or another? If you found the earlier albums too difficult, then by all means dive into Underwater Sunlight. You’ll forgive me if I don’t go in the water with you, having recently feasted on heavier fare.