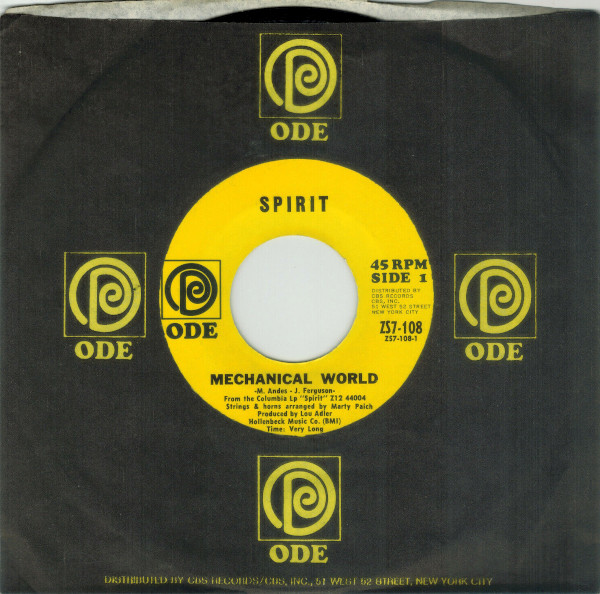 Kronomyth 1.1: Somebody tell my agent that I tried.

The first single from Spirit’s debut album garnered the band regional airplay but didn’t break them out as expected. Both sides were strong; so much so that radio stations played both Mechanical World and Uncle Jack on the radio. At almost five minutes (the single lists the track time as “very long”), the slightly edited version of “Mechanical World” was a daring choice for the A side. It’s a great song, reminiscent of The Doors’ version of “Alabama Song” and featuring the line “Death falls so heavy on my soul,” which could have come directly from the mouth of Jim Morrison himself.

The B side, “Uncle Jack,” is my favorite track from Spirit. It has all the gleeful abandon of The Who in the flush of youth with a dash of Jimi Hendrix thrown in, courtesy of Randy California. California, of course, had played with Hendrix back when he was Jimmy James and actually owed his stage name to the legendary guitarist. California was really ahead of his time, as these two songs show. Of interest, engineer Mike Lietz is credited as co-producer on the B side.