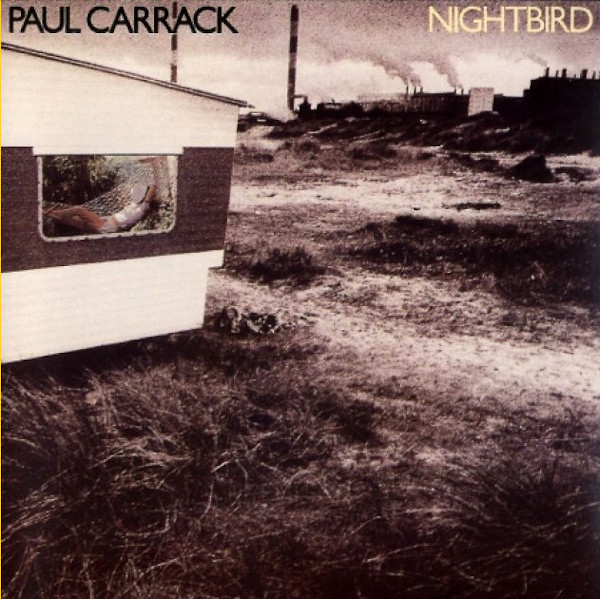 Late the face of Ace, Carrack steps back into the spotlight with this tuneful collection of blue-eyed soul songs.

If you were wondering how long it would take Paul Carrack to step out on his own after Ace, the answer is apparently two-and-a-half years. In the interim, Carrack was building an impressive resume as a session player for Frankie Miller and Roxy Music. Some of the recent Roxy coterie (Neil Hubbard, Alan Spenner, Mel Collins, Dyan Birch, Martin Drover) follow him into the studio for his first album, which features mostly originals plus songs from Andy Fraser and ex-Ace guitarist Bam King.

Although Nightbird fell between the cracks, it’s a solid start that showcases Carrack’s vocals and displays a good ear for melody. The sum effect is very reminiscent of other pub-rock figures such as Nick Lowe, Dave Edmunds and Ian Gomm. Standout tracks include a nice cover of The Temptations’ Beauty’s Only Skin Deep, Foregone Conclusion (a foretaste of his work with Squeeze) and the funky Bet You Never Been In Love. Like Lowe, Carrack’s melodies are sometimes guilty of being a bit too familiar (e.g., You Belong With Me), but his voice wins you over, even on the weaker tracks.

This sort of music, as I understand it, is called blue-eyed soul. I’ve always heard it as a mishmash of pop music, traditional rock & roll and Motown with English sensibilities. Nightbird is an album of ballads and midtempo pop/rock songs about matters of the heart. It’s not likely to change your world, although it did deserve more recognition than it got. That recognition would come soon enough with Squeeze, Mike + The Mechanics and a moderately successful solo career. Nothing on here is quite as clever as Argybargy or Labour of Lust, but I can think of plenty of worse things to do than listen to Paul Carrack sing for forty minutes with good musicians behind him.

All titles written by Paul Carrack unless noted.