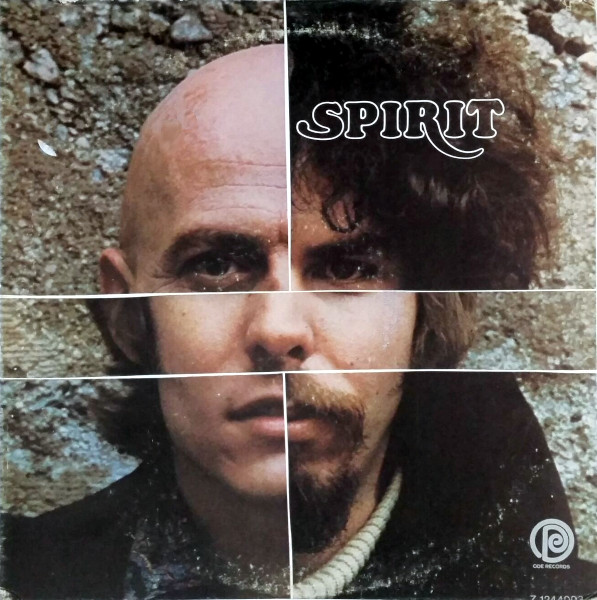 An amazing debut from the most underappreciated psychedelic rock band of the 60s.

Kronomyth 1.0: There’s a feeling I get when I look to the west and my spirit is crying for leaving.

The story of Spirit reads like rock & roll fiction. The guitarist jammed with Jimi Hendrix when he was still Jimi James and bore the moniker (Randy California) that Hendrix personally gave him. Led Zeppelin was their opening act. And Spirit wasn’t simply in the right place at the right time. They released one of the most amazing psychedelic rock albums of the late Sixties with their eponymous debut.

Spirit stands as one of the earliest psych/prog albums and, unlike most of its psychedelic contemporaries, has aged remarkably well over the years. Sometimes, the band sounds like a Brechtian, genteel version of The Doors (Mechanical World, The Great Canyon Fire in General); sometimes The Who (Uncle Jack); sometimes Santana (Fresh-Garbage); sometimes Jefferson Airplane (Topanga Windows); sometimes Donovan (Gramophone Man). But Spirit is clearly marching to the beat of their own drummer; a drummer who, in this case, was a full generation older than the rest of the band and had played with Cannonball Adderley.

While Jay Ferguson is the band’s principal songwriter, the whole group (plus arranger Marty Paich) deserves credit for the music. Randy California was an electric guitar visionary, using advanced guitar effects that prefigure progressive rock. And California’s Taurus was almost certainly the inspiration for the acoustic half of “Stairway to Heaven.” Bass player Mark Andes provides an exciting counterpoint to California (check out the pair on “Mechanical World”) and solid vocal harmonies too. Keyboardist John Locke gives the music depth and delivers the album’s proggiest passages on the closing “Elijah.” Even veteran arranger Marty Paich deserves a callout for blending in orchestration that feels surprisingly organic.

I never listen to this album without asking myself, “Why isn’t Spirit more popular?” The answer may be that Ode Records’ Lou Adler was a better producer than promoter, at least where Spirit was concerned. The selection of “Mechanical World” as the album’s single, for example, is simply bizarre. And I don’t recall hearing Spirit on the radio, like, ever. These days, however, it’s not unusual to see Spirit show up (deservedly) on some of those “greatest rock albums ever” lists. It certainly is one of America’s early psych/prog treasures, particularly if you found Jefferson Airplane too trippy and The Doors too dark.

A1. Fresh-Garbage
A2. Uncle Jack
A3. Mechanical World (Mark Andes/Jay Ferguson)
A4. Taurus (Randy California)
A5. Girl in Your Eye
A6. Straight Arrow
B1. Topanga Windows
B2. Gramophone Man (Jay Ferguson/John Locke/Randy California/Mark Andes/Cassidy)
B3. Water Woman
B4. The Great Canyon Fire in General
B5. Elijah (John Locke)