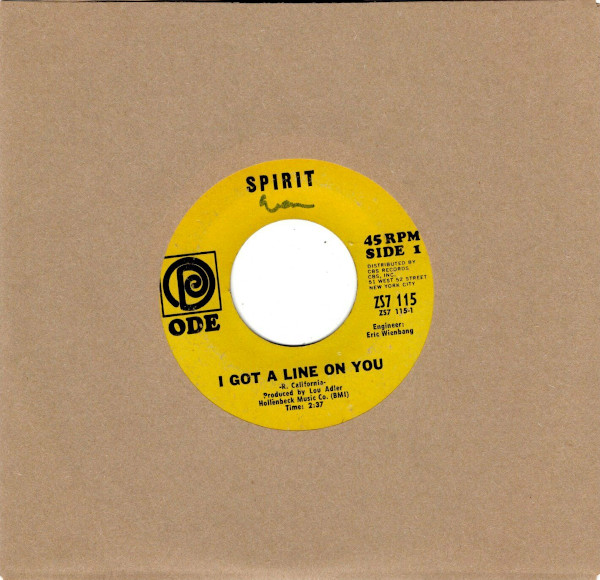 Jimmy Page stole the wrong riff – this one from Randy California is a classic.

Kronomyth 2.01: The right line to make it through these times.

I think Led Zeppelin totally ripped off this song for “Living Loving Maid.” Just kidding. You can be forgiven for thinking you’ve heard I Got a Line on You before, because you most certainly have. In fact, the first single from Spirit’s second album feels like a revved up version of Motown; so much so that you may have a hard time believing that such an obvious guitar riff could be original to the band. Then again, Spirit were true originals in every sense of the word.

That originality is on clear display on the B side, She Smiles. Written by Jay Ferguson, it’s a psychedelic tune done up in a classy English arrangement reminiscent of Procol Harum. (Spirit was, of course, an American band.) These two very different tracks are just a sample of the eclectic but uniformly excellent fare that awaits on The Family That Plays Together. “I Got a Line on You” was the group’s only Top 40 hit, and it remains their most recognizable song to this day.