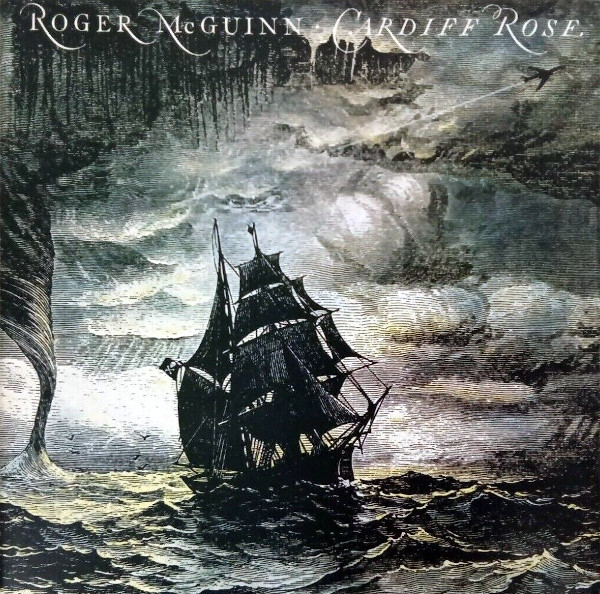 The Rolling Thunder Revue spills into the studio for a new Roger McGuinn album.

If you think Bob Dylan is a genius, well, Roger McGuinn thinks so too. How else to explain the desire to keep the mystery man’s show rolling with this studio album? Produced by Mick Ronson, Cardiff Rose is the Rolling Thunder Revue Part Deux, with David Mansfield, Rob Stoner and Howard Wyeth all on board, plus lyricist Jacques Levy again heavily engaged.

It’s not a bad thing to be the Bard’s little brother, of course. The opening “Take Me Away,” which recounts the Rolling Thunder road shows with Dylan, reveals a re-energized Roger McGuinn. What follows are poetic sea chanties (“Jolly Roger”), Desire-era Dylan (“Friend”), a narsty Ian Hunter impersonation (“Rock And Roll Time”) and a loopy ode to Abbie Hoffman (“Partners In Crime”). It closes on a Joni Mitchell original, “Dreamland,” that sounds like her experimental heiness filtered through the Dead. (Mitchell later covered the track on Don Juan’s Reckless Daughter.)

Not everything on Cardiff Rose is gold. The Dylan original, “Up To Me,” is essentially “Shelter From The Storm” in its Rolling Thunder rendition with new lyrics, and the two tracks that follow (“Round Table,” “Pretty Polly”) might have been better given that there are only 9 tracks on here. Yet, song for song, this is a strong effort with nice production from Ronson.

McGuinn is still a prickly character to pin down on Cardiff Rose. Is he a rocker, a folk historian, a Dylan disciple or a Byrd in restless flight? You won’t find the answer here, but you will find a lot of good music. The expanded CD reissues include a live version of “Dreamland” and a cover of the old Ziggy nugget, “Soul Love” (very cool).