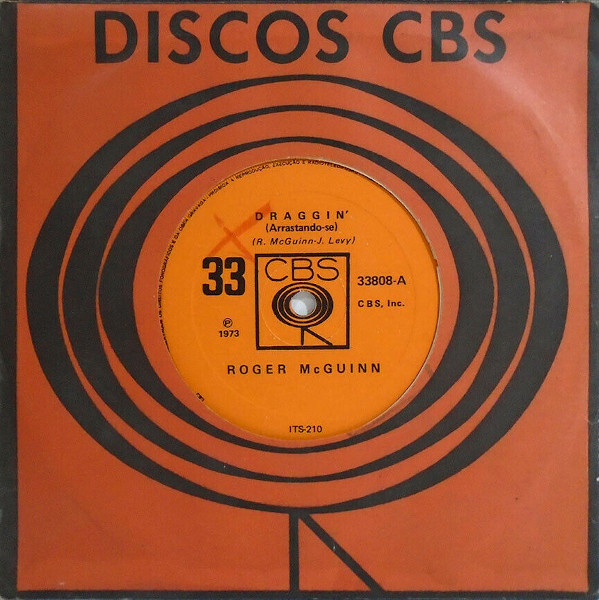 The former Byrd takes to the air again in this high-flying tale of a drag race in the skies.

The story of The Beatles’ “Back in the U.S.S.R.” is an interesting one. To hear it told today, Paul McCartney was working on the song during the band’s transcendental meditation retreat in India. Originally intended as a parody of Chuck Berry’s “Back in the U.S.A.,” Mike Love, who was attending the same retreat with The Beach Boys, suggested to Paul that he use a Beach Boys-style harmony in the chorus. The result was the song we know and love today, a clever hybrid of Berry’s song and The Beach Boys’ “Surfin’ U.S.A.”

And that would have been the end of the story, except that jazz saxophonist Charles Lloyd was also at that Indian retreat. Lloyd would later appear on two tracks for Roger McGuinn’s first solo album (as would The Beach Boys’ Bruce Johnston): “Draggin’” and “Time Cube.” “Draggin’” is more or less McGuinn’s take-off on “Back in the U.S.S.R.,” this time as a parody of The Beach Boys’ “Shut Down” that takes the drag race to the air between jet airliner pilots. While not quite as catchy as Paul’s intercontinental confection, it’s a fun tune to hear today. Jacques Levy, who wrote the lyrics with McGuinn, would go on to collaborate with Bob Dylan (more serendipity at work).

The flip side, “Time Cube,” is an unusual song that again features Lloyd’s jazzy playing plus McGuinn on banjo and Moog. It’s a strange combination, as you’d imagine, that follows man’s evolution from the swamp to the stars. McGuinn’s friend, Bob Hippard, gets a cowriting credit this time. In Brazil, “My New Woman” was issued as the B side. To my knowledge, “Draggin’” never got much airplay, which is kind of a drag.