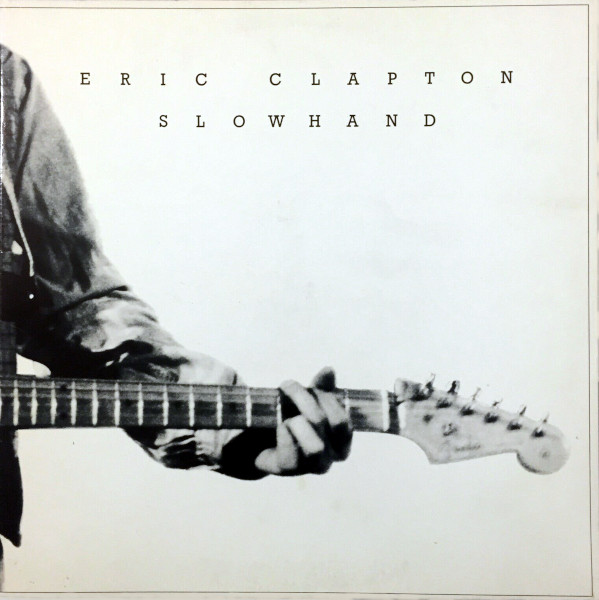 This may be the cream of the crop among Clapton’s 70s albums… slow, back-handed compliment that it is.

Eric Clapton’s solo recording career has been spotty, with the occasional, redeeming bright spot (Eric Clapton, 461 Ocean Boulevard) to recommend it. Slowhand may be his brightest showing yet. The opening trio of “Cocaine,” “Wonderful Tonight” and “Lay Down Sally” is a veritable cavalcade of classic hits, Clapton’s Sticky Fingers if you will. The rest of the record doesn’t rise to that level again, although it does deliver enough good performances (“Peaches And Diesel,” Don Williams’ “We’re All The Way”) to sustain the impression that what you’re listening to may be the man’s best album yet.

A year earlier, in the October revolution ushered in by The Sex Pistols, it seemed that all ears were turned to punk. Yet here was Eric Clapton making waves with the blues and his Tulsa shuffle, a relic of the psychedelic rock era re-energizing the music scene with his wizard fingers and wizened voice. That seems to be the story with Clapton: he slips under the radar with a sleepy album or two, then re-emerges with a great album to reclaim his superstar status. Slowhand bought the man enough cachet to earn him a string of mediocre gold-selling records through the rest of the decade.

Of course, this isn’t just Clapton’s show. His backing band was one of the best in the business, and Glyn Johns didn’t produce some of the greatest rock music of the 70s by accident. Scratch the surface of Slowhand, however, and you’ll soon find the cracks, from obvious filler (“The Core”) to four cover tunes that don’t stray very far from their original artists. In fact, subtract those first three songs, and you’re looking at another lackluster Eric Clapton album.

The subsequent Backless was more or less a sequel to Slowhand; both stand as two of his better albums from the decade. That said, Slowhand is probably an overrated record. Clapton’s voice is terrible most of the time (which works in his favor on “Cocaine” and “Wonderful Tonight”), and it’s unlikely he was in a healthy state of mind or body. That he was capable of writing a song like “Wonderful Tonight” is a testimony to his genius, but Slowhand needs a few more witnesses like it to make a compelling case for including this as one of the 500 greatest albums of all time.