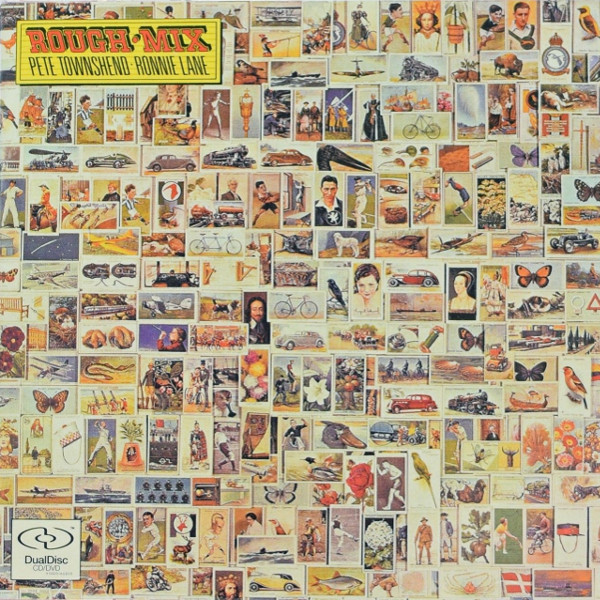 Odds and sods from an old pair of mods, with nods to the bods that made them gods.

I would tell you that this collaboration between Ronnie Lane and Pete Townshend is a happy accident except, of course, there are no accidents. What we see as chance and happenstance is the will of God moving (or choosing not to move) invisibly in our lives. Thus, you could see Rough Mix as a gift from God.

I don’t say that lightly. Music is an articulation of spirit. It plays a vital role in our communication with and worship of God. And because God has foreknowledge of everything, he knew the words and music to “Annie” and “Heart To Hang Onto” from the beginning of time. Our familiarity with these songs is considerably shorter but, once heard, the music of Rough Mix isn’t quickly forgotten.

What began as a Ronnie Lane solo album became a half album each from Lane and Pete Townshend, who was originally tapped by Lane to produce the album. The material from Lane is some of the best of his career, likeable rockers and acoustic numbers reminiscent of The Faces that include “Annie” (one of the sweetest songs you’ll ever hear), “Nowhere To Run” and “April Fool.” Lane has a gruff voice, but its working-class sensibilities can be disarming in the best way.

The material from Townshend is also some of the best of his solo career, which came as a surprise to me. “Heart To Hang Onto,” “My Baby Gives It Away,” “Street In The City” and “Misunderstood” should be considered essential additions to any proper Who collection. Maybe the labels didn’t know what they had with Rough Mix, but the whole thing was packaged and marketed like some incidental side project. Had it been given the herald of Empty Glass, “Annie,” “Heart To Hang Onto” and “My Baby Gives It Away” might have become classics. The radio running in our heads is the only important one, though. If you haven’t tuned into this music yet, now is your (not) chance. In 2006, Hip-O added a few bonus tracks to the mix, including Lane’s old-tymey “Only You,” which is a treat to hear.