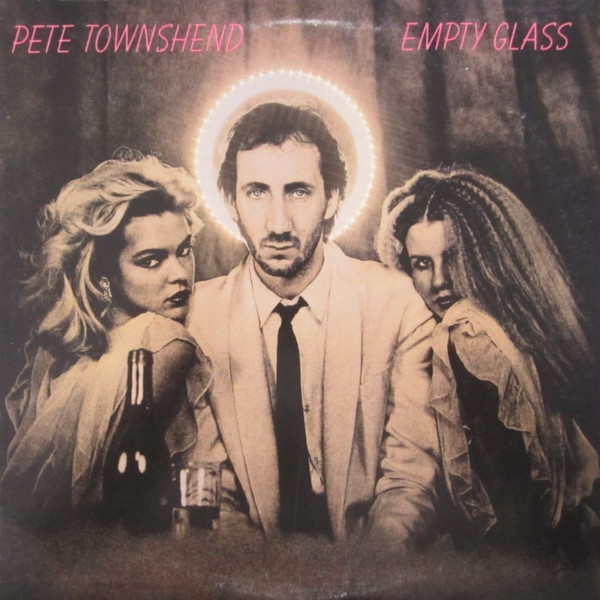 While the world waited to see what would happen to The Who, Townshend channeled his muse into a legitimate solo album that filled the gap nicely.

The songs that Pete Townshend wrote in the wake of Keith Moon’s death didn’t appear on any album by The Who; rather, they were released on Pete’s first “serious” solo album, Empty Glass. Fans and radio stations were hungry for some musical statement from the spokesman of his generation in the post-Moon landscape, and what they got sounded very much like The Who.

While the album has its share of quieter confessional songs that recall The Who By Numbers, the record also featured a number of rockers that mixed Pete’s patented fire with a more contemporary sound. It was these that captured listeners’ limited imaginations: “Rough Boys,” “Gonna Get Ya” and “Let My Love Open the Door.” (In fairness, “A Little Is Enough,” which is one of Pete’s prettiest songs, did break the US Top 100.)

The rest of the record is intelligent filler, although it has since come to light from various interviews that some of these songs allude to the artist’s own confused sexual identity, which pretty much sucks the fun right out of them. Elsewhere, the title track and “I Am An Animal” join a long line of self-deprecating songs that strip away the gloss from the singer’s star image. The backing band may lack the fire of The Who in their heyday, but they’re not far removed from the post-Moon incarnation of the band; in fact, drummer Kenney Jones even plays on one track (“Rough Boys”).

Unfortunately, Townshend’s solo career has since been bogged down by big ideas, and his songwriting has generally suffered for it. Empty Glass remains the best bet from his solo catalog to please fans of The Who, though there are some who still can’t reconcile that band’s spirit of invincibility with Pete’s own vulnerabilities.

All songs written by Pete Townshend.

[Review] Pete Townshend: All The Best Cowboys Have Chinese Eyes (1982)