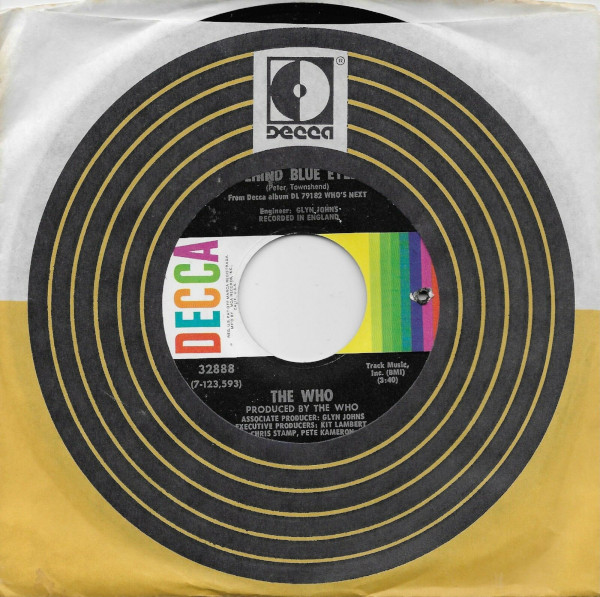 What began as Jumbo’s lament now becomes the anthem of every blue-eyed sociopath.

This is one of my favorite jekyll & hyde songs—those that start out like a lamb on the first half, and roar like a lion on the second half. “In The End” (Rush), “Over The Hills And Far Away” (Led Zeppelin) and “I Lost My Head” (Gentle Giant) are further, favored illustrations. Originally intended for a pivotal place in Lifehouse, “Behind Blue Eyes” still works remarkably well as a standalone and autobiographical song, with Townshend in place of the original villain, Jumbo. (And we all have a little villain in us.) Personally, this song has always informed my perception of Pete Townshend—perhaps more than it should—as a man struggling with the dual forces of dark and light within himself. The B side, “My Wife,” is one of my favorite Entwistle songs (it would be down to this and “905”). Not intended for Lifehouse, “My Wife” is typical of John’s dark humor but has been viewed by many as the light moment on Who’s Next, a role better reserved for “Going Mobile.”