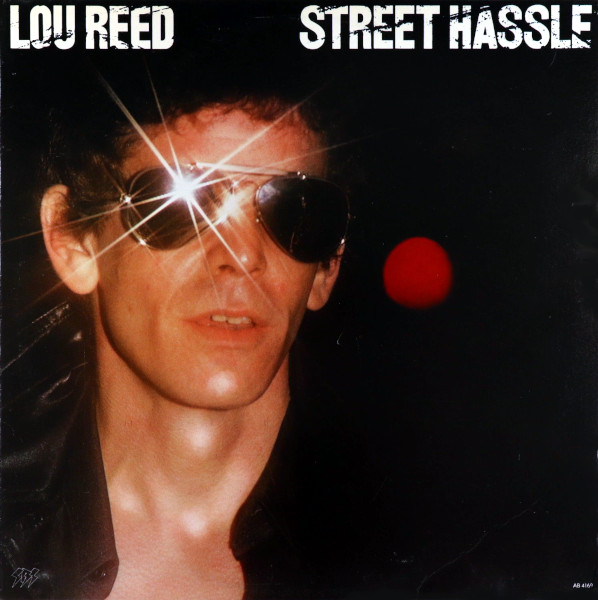 Lou Reed and Iggy Pop, back on top? It was a fairy tale come true.

The infelicities of the forlorn are a Lou Reed specialty. Discussing the best way to ditch a dead body (“Street Hassle”), musing on the advantages of an ethnic change (“I Wanna Be Black”), Reed’s Everyman is blissfully ignorant that he’s out of options and any choice he makes will be the wrong one.

At the time of its release, many hailed Street Hassle as a new masterpiece. I’ve always seen it as more of a monsterpiece: a Frankenstein of ambition, confrontation and self-evisceration that one regards with a sense of horror and awe. Recorded in Germany, Street Hassle has a lot in common with David Bowie’s Heroes, although Reed opts for a rougher feel, going so far as to split the record between live and studio performances (the live performances are evident only in a smattering of applause at the beginning/end of the song). The album’s centerpiece is the three-part title track, which some have called an urban triptych (interestingly, an edited version of the song tells a different story). That song and the old VU track “Real Good Time Together” recall Reed’s glory days with his old band.

I used to own this album on cassette, and maybe it was the binaural recording technique at work, but it sounded awesome in my car. The headphones seem to bring the album’s ugliness to light. As a result, “Wait” and “Shooting Star” aren’t quite the joyride I remember. Street Hassle doesn’t assuage the gnawing sense that Lou Reed is playing you for a fool on the carnival ride version of Dante’s Inferno, but if it gives you a thrill and makes you hold your sweetheart a little tighter, well, anything worth having is worth a little hassle.