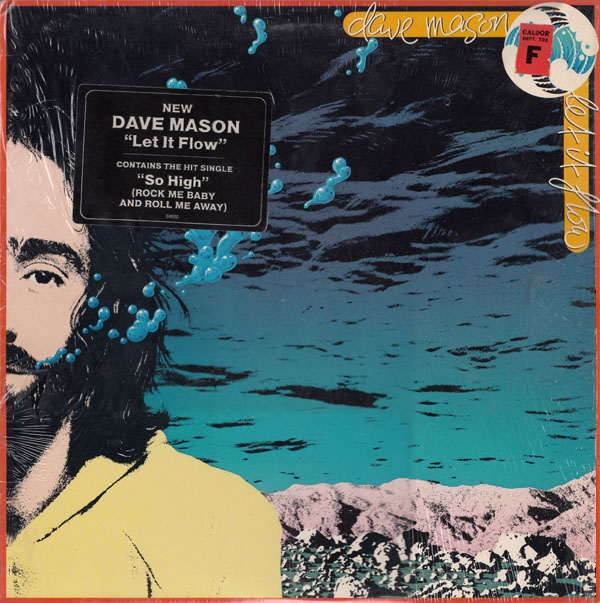 [Kronomyth 9.0]
The Sound of One-Hand Clapton.

Dave Mason has always struck me as a poor man’s Clapton. In fairness, Clapton was a poor version of himself most of the time too. 1977’s Slowhand, however, was an excellent record; Let It Flow merely alright. Compare “Let It Flow” to “Lay Down Sally,” “We Just Disagree” to “Wonderful Tonight,” “So High” to “Cocaine.” Thusly, we suck the air from one of Dave Mason’s most lofty achievements. Somebody at Columbia Records had to be smoking some pretty strong stuff to pick “So High” as the first single; after a few weeks, it disappeared like a puff of smoke. “We Just Disagree” and “Let It Flow” had more staying power, and will likely forever be preserved in the Mason jar of greatest hits. The rest of the record is a mix of soft rock, light funk and mildly psychedelic adventures; nothing that will rock your world, but no reason to cry either. Like a veteran ballplayer who hits .275 and drives in 80 RBIs, Mason always seems to play just well enough to justify his place on Columbia’s rock & roll roster. With each year, the 60s mythology that made the man grows dimmer while his middle-of-the-road paunch grows softer. More alarming, Mason was beginning to lean on others to write his songs and play his instrument (guitar). Lead guitarist Jim Krueger contributes the excellent “We Just Disagree” and flickering moments of electric fury, but the cost is a diluted Dave Mason album. Eric Clapton and George Harrison could get by with a little help from their friends because their legend loomed so large; Mason’s legend needs to re-inflate itself with each album. Let It Flow stays afloat, but the leaking of air was beginning to leave critics visibly deflated with each new Mason album.

The Players
The trouble with buying used elpees—beyond the pops, skips and a marked tendency to smell like either an old library, a bong or a catbox—is the absence of the original innersleeves. My copy, for example, didn’t have one. Based on the smell, I’d say the owner’s cat probably chewed it up while it was stoned.