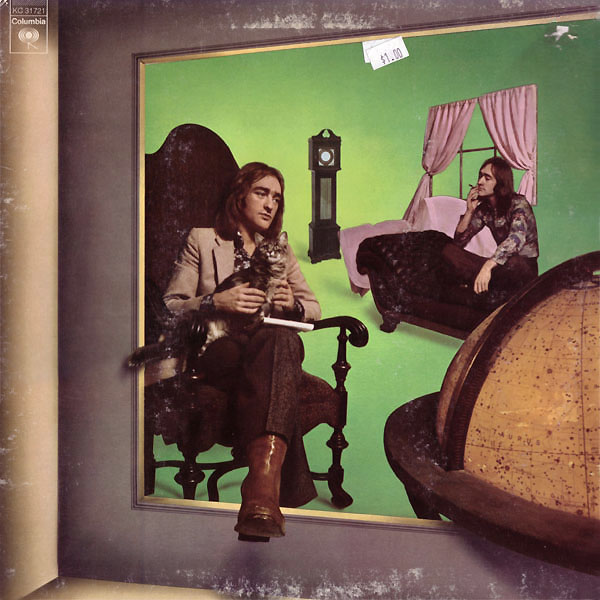 [Kronomyth 5.0]
The Ballad of Shanghaied Noodles.

Honestly, in some ways, it’s like he never left Blue Thumb. Dave Mason’s first album for Columbia Records features many of the same musicians from his earlier sessions and even includes a new version of “Head Keeper,” the title track from his last studio album. And the album again failed to generate a hit single. (Some things will never change.) What makes the record interesting are a couple of high-profile cameos (George Harrison adds his distinctive lead guitar to “If You’ve Got Love,” Stevie Wonder plays harmonica on “The Lonely One”) and a new batch of acoustic and electric rock songs that includes “Misty Morning Stranger” (which bears a striking resemblance to Steve Miller Band’s “Jungle Love,” a song that guitarist Greg Douglass actually demo’d for Mason before he joined SMB) and two songs that feature mostly Mason multitracking himself: “Maybe” and “Silent Partner.” Yet with each new album, it was becoming increasingly clear that Mason would never attain the status of an Eric Clapton, George Harrison or Steve Miller, despite using many of the same players (Jim Keltner, Carl Radle, Lonnie Turner). Instead, Mason could be counted on to muck about in the middle field of 70s music—electric rock, acoustic folk, flirtations with reggae and disco—with mildly pleasing results. Of course, that would describe more than a few Clapton and Harrison albums too, but somehow their legend (and a well-placed hit or two) made those albums a more compelling purchase. It’s Like You Never Left is a solid enough effort that continues the slight decline from his auspicious Alone Together and is recommended to those who wish to delve a little deeper into his solo catalog. Oh, and the Kronomyth (the what?) refers to Noodles the Cat, pressed into service on the album’s cover.

All songs written and arranged by Dave Mason unless noted.