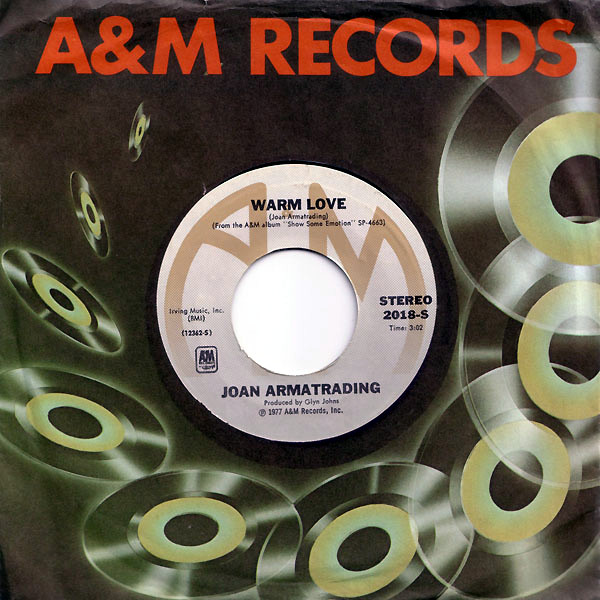 Six months after its release, Show Some Emotion was still generating heat.

Show Some Emotion was such a good album that a song like Warm Love could slip by without stopping you in your tracks. Released as the album’s third and final single, it’s a terrific track with tasteful orchestration from Brian Rogers that melts in your mind and heart the way that Joan Armatrading’s best songs always do. As with many of the songs on Show Some Emotion, Joan seems to sing in a higher register that brings a kind of vulnerability to her otherwise confident arrangements.

A&M tried out a few different B sides for the single, depending on the region of release. In the UK, it was the album track Get in the Sun, across the pond, the nonalbum No Way Out, and down under it was another album track, Mama Mercy. Hopefully, you owned Show Some Emotion by now, so the album tracks don’t add anything new, but “No Way Out” is a neat track worth hearing. It was first pressed into service as the B side to “Willow” in the UK.