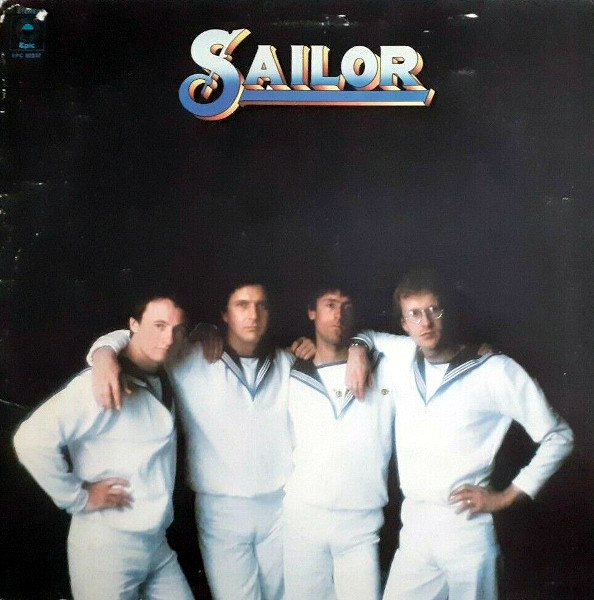 A strange but clever journey into the world of sailor’s tales, cabaret music and nickelodeons.

You’d be hard-pressed to find a stranger group than Sailor in the mid 70s. Maybe Sparks. Led by Georg Kajanus, the honest-to-goodness son of a Russian prince, Sailor commits to the sailor metaphor with songs about sailors while dressed in sailors’ clothes. Mixing cabaret music, clever melodies and a unique type of nickelodeon that featured synthesizers and was designed by the band, their first album sounds like John Cale if he’d been conscripted into the Navy during the second World War.

It’s hard to pinpoint where the band’s inspiration comes from—maybe Brecht/Weill (cf. The Girls of Amsterdam), maybe the mid-century cabaret scene (as the album’s liner notes suggest). I can’t imagine why Epic thought this band would be commercially successful. Some people seem to have aligned them with the glam rock scene, and they actually supported Mott the Hoople as the opening act during their 1974 tour. I wonder how many Mott fans wanted to give Sailor the heave-ho after fifteen minutes. I suspect most were just left scratching their heads.

That said, it’s wonderful that we live in a world where a band like Sailor was given a mainstream audience. The songs from Georg Kajanus are excellent and the whole thing feels like a musical play that you can hear but can’t see (e.g., Traffic Jam). That it stands so completely outside of the mainstream is what occasioned me to compare them with Sparks. Both groups were following the beat of their own drummer. I mean, who else would write a song about Josephine Baker without a trace of irony?

Unfortunately, Sailor never found much of an audience outside of Europe. I’ll admit, it’s hard to get past the sailor’s suits. And old-tymie songs about sailors aren’t most people’s cup of tea. But if you’re willing to look beyond the silly outfits and the nautical subject matter, you’ll discover some really clever music. I mean, Rocky Horror Picture Show had some great music, and that had transvestite aliens in it, so how can’t you sea the appeal of this sailor’s tale?

Words and music by Georg Kajanus.