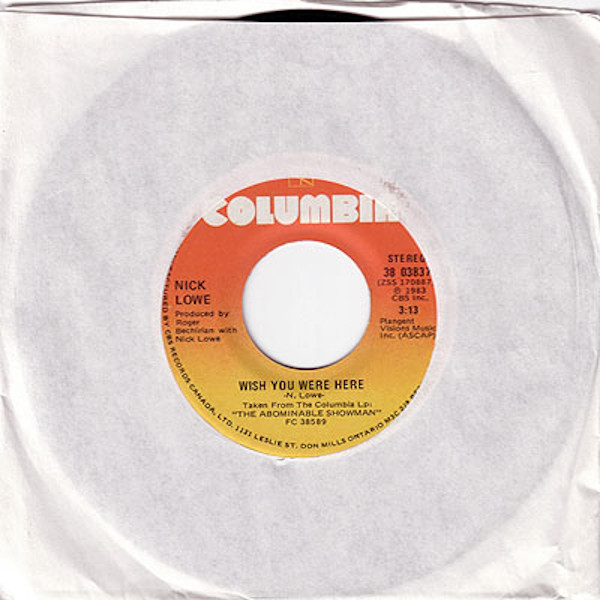 The second single from Nick Lowe’s underrated fourth album is a duet with Paul Carrack.

As I know I’ve mentioned before, The Abominable Showman is a swell album. A good half of the songs could have been singles, in my opinion, and it seems I’m not the only one who felt that way. In fact, “Cool Reaction” was initially slated to be the second single, and DJ promo copies featuring the same ID number (38-03837) were released before Columbia decided on Wish You Were Here instead. “Wish You Were Here” is no slouch, with Paul Carrack and Nick Lowe sharing the verses over a pleasant melody with some playful lyrics, reflecting the 80s renewed interest in Motown.

The B side is the album’s other love song, How Do You Talk to an Angel. Here, Lowe goes even further back in time with a Stephane Grappelli-styled violin and orchestral accompaniment. It’s a neat little novelty that suggests Nick Lowe might have a good album of tin pan alley songs up his sleeve for the future.