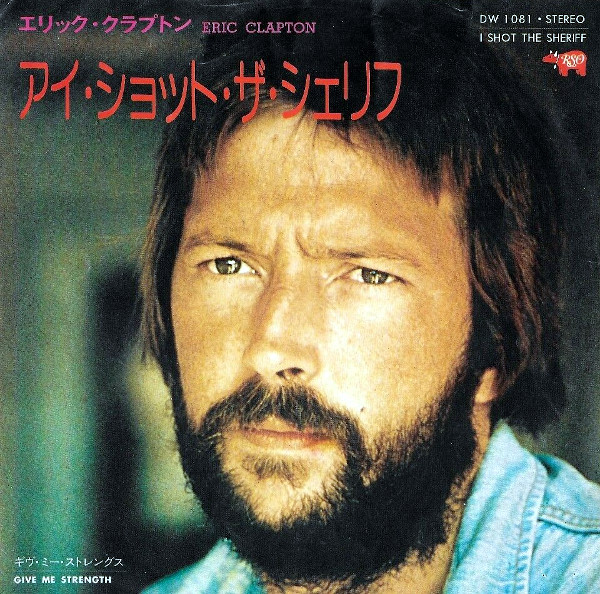 Eric Clapton’s cover of Bob Marley’s “I Shot The Sheriff” shot to number one with a bullet. It wasn’t even Clapton’s idea to cover the song originally, but he does a remarkable job with it. Recorded with his mostly Tulsan backing band (George Terry was originally from Florida, Yvonne Elliman from Hawaii), the song has a distinctively compressed sound that almost defies categorization, since it’s neither reggae nor rock and almost anticipates disco.

The single version is about a minute shorter than the original elpee version (the ending, for instance, simply fades out on the single). The B side, “Give Me Strength,” is identical to the original album version though, it would seem, a little too identical to a song written some thirty-odd years earlier (see DYK below). Featuring Clapton on dobro, the song sounds more like Bob Dylan and the Band than anything from No Reason To Cry. Possibly because of potential copyright issues, “Give Me Strength” was replaced on later issues of 461 Ocean Boulevard and eventually appended at the end of the CD versions as the last track.