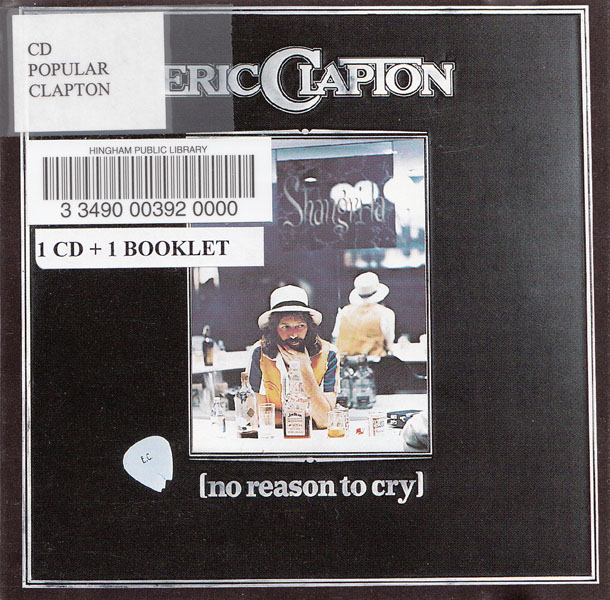 Actually, you’ve got plenty of reason to cry if you paid good money for his lamest album of the decade.

Kronomyth 6.0: Eric and Bob in The Band’s basement.

On the eve of the American bicentennial, Eric Clapton found himself in The Band’s Shangri-La studio as their American dream was unraveling and Bob Dylan was living in a tent in their garden. While the original intent may have been to tap into The Band’s Americana mystique, what ended up on No Reason To Cry is more of a mistake: tracks written with The Band that lack their folk-wise energy (Beautiful Thing, All Our Past Times), an ill-conceived duet with the mysterious bard (Sign Language) and a trio of tracks at the end that look to launch Marcy Levy’s solo career at Clapton’s expense.

His previous two studio efforts, recorded with the same core Tulsa group, had succeeded by focusing on Clapton’s strengths (the blues, Beatlesque pop) and casting his otherwise weak voice in the favorable light of reggae. No Reason To Cry finds Clapton out of his element too often, especially on the sprawling Carnival. The album contains a few good songs, none better than Hello Old Friend, which taps into the same George Harrison-styled pop music that had given Clapton some of his greatest success, yet overall it remains his weakest entry from the 70s.

Although he had kicked his heroin habit, Clapton was still drinking and looking too thin. At around the same time as the album’s release, the guitar god found himself in hot water when he criticized “wogs” (you’ll just have to look it up) during a concert in Birmingham, England and lent his support to the nationalist Enoch Powell, who was then running for prime minister. Old story, that, which only proves that musicians and politicians make poor bedfellows. The presence of The Band, Bob Dylan, Ronnie Wood and Billy Preston is bound to intrigue, but recalling the star-studded casts on some of those George Harrison and Ringo Starr stinkfests should temper that interest.