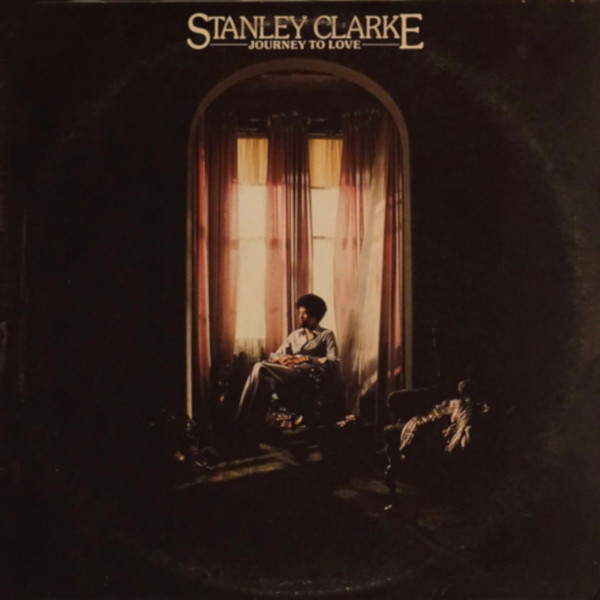 Another bass tour de force from Stanley Clarke, this time featuring an all-star lineup that looks like a jazz readers’ poll for the year’s best artists: Jeff Beck, Chick Corea, George Duke, Steve Gadd, John McLaughlin, David Sancious, Lenny White. Journey To Love basically returns to the same approach as his last album: throw down some contagious funk, slip in a smooth-as-satin vocal song, add some old school jazz and class things up with a modern classical composition. The new wrinkle here is the addition of Duke and Beck. Clarke found a sympathetic partner in Duke, the two meshing like finely tuned and funky gears on the opening “Silly Putty” and “Hello Jeff,” the latter turbocharged with the electric guitar of Jeff Beck. David Sancious and Steve Gadd are also inspired choices, with Sancious playing lead and rhythm with equal aplomb. Maybe it was the presence of Duke, but Clarke takes on more complex arrangements on this album. “Concerto for Jazz/Rock Orchestra,” for example, features a full brass section that recalls Frank Zappa’s horny exploits (e.g., The Grand Wazoo) and stiches together several different parts with precision and skill. Compared to the concerto, the Corea-Clarke collaboration, “Song to John” (dedicated to John Coltrane), is a snooze. I get where the first part sounds like the shimmering and slowly unfolding sound of John’s later music, but the second part just sounds like Chick noodling around, and John McLaughlin’s acoustic guitar is a wet match that never lights. Still, it’s a minor complaint against a major work. Journey To Love continues to fill a special need for bass-driven jazz/rock. So few musicians were making (or were capable of making) music like this, and it’s easy to hear why many considered Clarke the instrument’s greatest champion. Together with his last and next albums, this represents a triumphant trio of jazz/rock that every bass aficionado (and plenty of pure music lovers) should own.

All selections composed, arranged and conducted by Stanley Clarke unless noted.

The Pictures
Photography by Steinbicker/Houghton. Art direction by Bob Defrin.