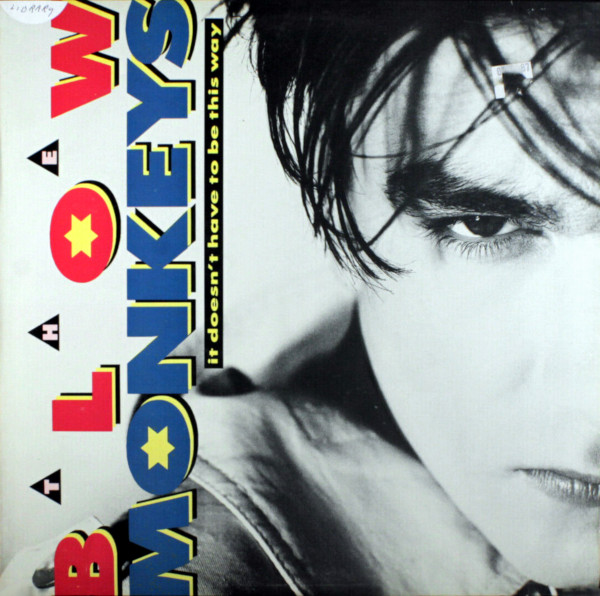 The opening single from Grocer’s Daughter doesn’t sound nearly as fresh as it did thirty years ago.

I’m including the Top of the Pops performance of this song, as it pretty much sums up my whole reaction to the 80s. I had no idea what was going on; I just tried to shuffle along and look busy unto the whole awful thing was over. (It finally did end, and Nirvana was waiting on the other side.)

The Blow Monkeys were something of an English phenomenon. I’m pretty sure no one in the US had any idea who they were, any more than, say, The Style Council. We got Boy George and Morrissey, and didn’t need a cross between the two, thank you very much.

The B side for this is simply a short dub-mix thingie that runs just over one minute long. Even among B sides, a notoriously spotty lot, this is a disappointment. The 12-inch versions featured a fairly interesting dub mix (dubbed “It Doesn’t Have To Dub That Way”) and an extended version of “It Doesn’t Have To Be That Way” that just drags the whole thing out for an extra minute or two. That the soulless 80s sought to resurrect soul music is one of life’s little ironies. I need to seriously rethink if I need a Blow Monkeys section on this site, other than as a metaphor for evil (e.g., that really blew monkeys…)

Original 12-inch single version (Japan)
A1. It Doesn’t Have To Be This Way (Long)
B1. Out With Her (Long)
B2. The Grantham Grizzler