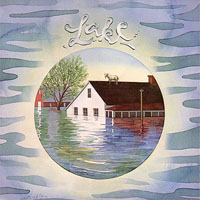 If you’re wondering why we’re enjoying the Lake view this morning, blame The Rolling Stone Record Guide (again). Dave Marsh (great critic, btw) called them “the Eagles meet Tangerine Dream.” Apparently, every German band who’s ever used a synthesizer for anything has to suffer a Tangerine Dream or Kraftwerk comparison. Of course, I was surprised to find that Lake II sounded nothing like Tangerine Dream. Even the singer is Scottish. To borrow Marsh’s terse idiom, more like “the Doobie Brothers meet Kansas.” See? Totally different reaction this time. The suggestion in some quarters that Lake is a progressive band is likewise misinformed (at least as relates to this album). Not even progressive pop. I’m not as put off by the prog label because it comes from a desire to preserve Lake’s underappreciated body of work, and the prog label buys considerable cachet. But if you’re going to make a case for Lake II as a progressive pop/rock album, then you need to also make the case for the Doobies, Elton John (convincingly copied on “Red Lake”) and a host of other ‘70s bands. There are some mildly progressive moments like “Scoobie Doobies” (interesting because it’s the first time I can recall the name being used directly as a reference for marijuana) and “Welcome to the West” (the best track on here, imho). Actually, Lake II is about as good as I expected an album with a stranded goat on the cover to be. If they’d stuck to the dreamier and more ambitious formula of the first and last track, I might rank Lake alongside Starcastle. But the middle of the record is less ambitious; songs about rock stars (“See Them Glow”) and cuckolds (“Letters of Love”) may have occasioned the Eagles reference from mister marsh. I wish Lake (and every other band) their champions, but I fear they won’t come from prog’s quarters.