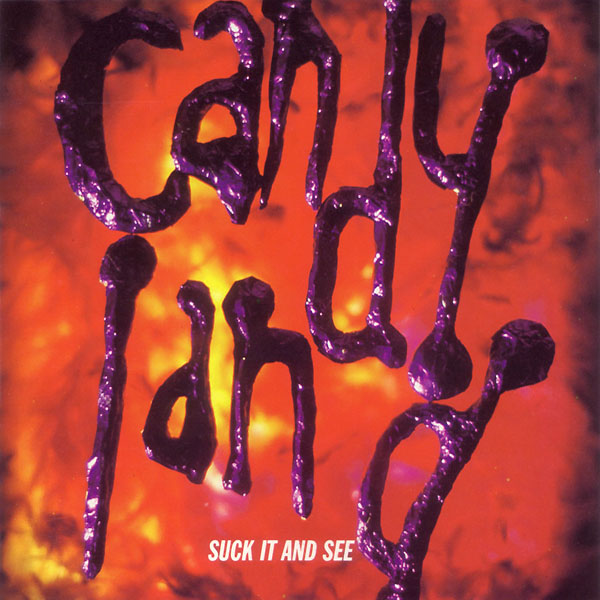 Happy Mondays meets English soul, but they arrived too late to the Madchester scene to matter.

A one-off outfit that went from Fiction to non-function in a year, leaving behind the horribly named Suck It And See beneath the waning moon of Madchester and the immovable star of Morrissey. Although a bit too breathy for their own good, Candyland does a credible job of mixing the more popular Manchester elements on their debut: club music, psychedelic electronic textures, sexuality and shoegazing underdogma (an egregious namecheck of Aldous Huxley notwithstanding). Their greatest crime was simple tardiness; the lords of Madchester had already been named and crowned by 1991, with music’s roving ear now settled in Seattle instead.

With one foot caught in a quickly shrinking spotlight (James, Electronic, Happy Mondays) and another dragging in a dimming but not distant past (Scritti Politti, New Order), Candyland was going nowhere fast. Those who stuck around to hear them were treated to a mix of sub-Morrissey songwriting that still left plenty of room for appreciation: “Bitter Moon,” “Something to Somebody,” “Reternity,” “We Will Not Leave.” What’s missing is that indefinable oomph that separates product from legend. In a genre known for arresting singers, Felix Tod couldn’t get arrested. He has a good voice where a great one is required, a point that wiser producers might have downplayed by playing up the musicians behind him. The track placement is also a problem, as the opening “Precious” is one of the least interesting songs on here (if they had shortened the intro to “Fountain O’ Youth” by five seconds it would have made the better leader).

Fans of the Madchester scene inclined to dance and late to leave should eventually seek out Candyland and see for themselves what they missed. If you caught them the first time, may you have many happy reterns. There’s also a review of this at All Music Guide (but I was so much older then).