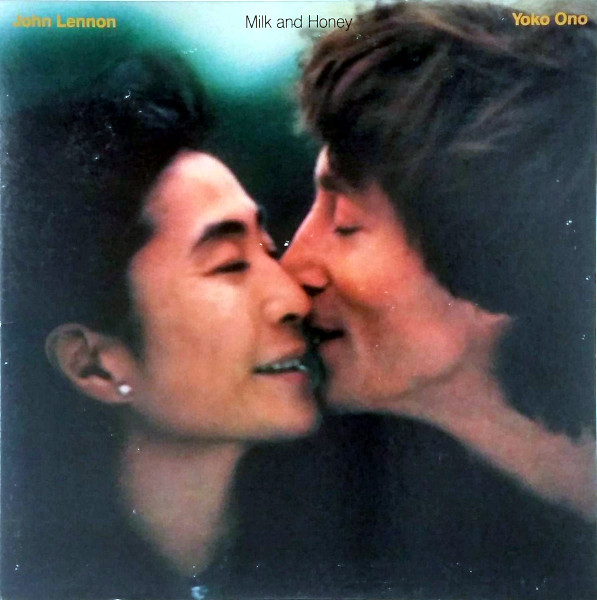 The sessions from the second chapter of Double Fantasy were small consolation.

Three years after John Lennon’s death, fans were still looking for answers, for a final acknowledgment from the icon that everything was all right in the great beyond. They didn’t find it in Double Fantasy (which looked forward to a new beginning), his last interviews or the solo albums from Yoko (Season of Glass, It’s Alright). And they wouldn’t find it in Milk And Honey, the finally completed companion to Double Fantasy.

Milk And Honey returns to the lost optimism of the past, to a time when John and Yoko were still celebrating the second half of their lives together, rededicated to a shared muse (music) and to one another. Because the songs weren’t completed at the time of John’s death, the vocals sound slightly unfinished, with an echo that some might find slightly unsettling (more than a few pundits speculated that John had risen from the grave for these recordings). Yet the instrumental tracks, finished later, honor the rough quality of the songs, which suggests to the ear that Lennon was simply going after a looser style (as compared to, say, the ungainly collaboration that constituted The Beatles’ “new” songs on their Anthology series).

As before, John and Yoko take healing steps forward in their relationship: “(Forgive Me) My Little Flower Princess,” “Don’t Be Scared,” “Your Hands.” The remainder of John’s songs are honest self-appraisals tinged with humor, from a planned evening out (“I’m Stepping Out”) to a newfound maturity (“Borrowed Time”). As catchy as his contributions are, there is the sense that John was unconsciously treading over familiar ground; “I Don’t Want To Face It” returns to the scene of “Revolution,” “Nobody Told Me” suggests a retelling of “Instant Karma.” Yoko’s tracks are bouncy, slightly edgy, perhaps less illuminating than her contributions to Double Fantasy but not the speed bumps they could have been either.

The real lump in the throat (and you knew it was coming) occurs in the album’s final pairing of “Let Me Count The Ways” and “Grow Old With Me.” Based on the poems of Robert and Elizabeth Browning, these are musical love letters that (in a sense) never reached the ears of their intended. “Grow Old With Me” is a sketch of what might have been a Mona Lisa in the making, recorded in their bedroom as a rough demo that transcends its own tinny state to become the album’s most deeply affecting track. Apparently to avoid ending the album on too dire a note, Yoko’s “You Are The One” follows, an arrow now launched impotently at an invisible target.

Lennon fans will already own this record, as it may be the last essential statement from the man. What followed was product plain and simple, but Milk And Honey is an album that John Lennon presumably wanted his fans to hear. No one would have known his intent as well as Yoko, who proved herself a courageous caretaker of her husband’s works when she saw this through to completion.

CD reissue bonus tracks
13. Every Man Has A Woman Who Loves Him
14. Stepping Out (home version)
15. Interview With John & Yoko