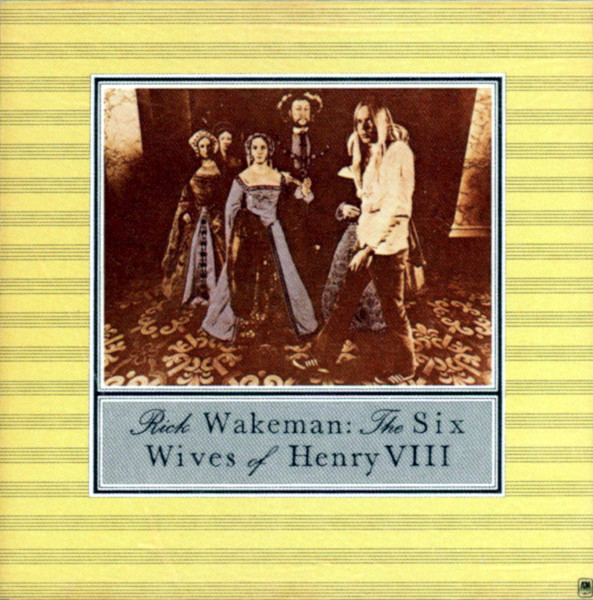 Wakeman’s first solo album is a fantastic, instrumental journey that brings the historical figures of Henry VIII’s six wives back to life again.

Soon after joining Yes, Rick Wakeman was approached by A&M co-founder Jerry Moss to record a solo album. Wakeman, who had been toying with the idea of writing music based on the book The Private Life of Henry VIII, began sketching out pieces around the personalities of Henry and his six wives (the music for Henry himself was later scrapped). Thus began a love affair between English history and keyboard prog that continues to this day for Wakeman and his fans.

The Six Wives of Henry VIII is possibly the single greatest keyboard prog album ever written. Every song plays out like a rollercoaster of emotion and adventure, infused with humor and humanity and featuring an array of keyboards that are perfectly woven into complex, full-bodied arrangements. Every time I listen to this album, it brings me joy. Catherine of Aragon, Anne of Cleves and the rest of these storied ladies arrive like old friends.

While the earlier “Cans And Brahms” (from Fragile) was a pleasant enough diversion, The Six Wives of Henry VIII fully reveals the genius of Rick Wakeman for the first time. It’s my favorite of the Yes solo records (Olias of Sunhillow is a close runner-up), although Six Wives actually sounds more like a Yes/ELP hybrid. Wakeman and Keith Emerson are both sonic architects/saboteurs who can create grand cathedrals of sound and dismantle them in an instant with humor. It’s a process that Wakeman repeats with breathtaking ease on Six Wives, so that, despite the sheer number of notes on this record, each has its proper place.

Yes fans and the comparatively smaller number of Strawbs fans will no doubt pore over the musicians’ credits with interest. In the honorable mention department, Alan White is terrific on this album, and the cameos from Dave Cousins and Dave Wintour are also highlights. The album was released in a quadraphonic stereo mix that was later appended to the Deluxe Edition reissue.

All songs written by Rick Wakeman unless noted.