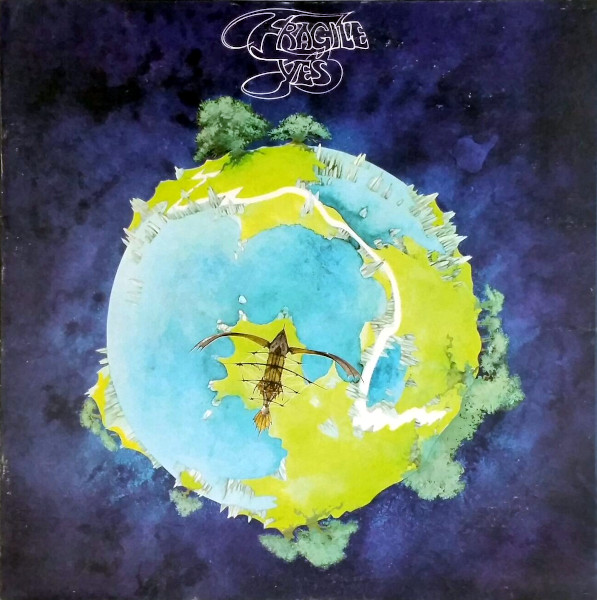 Imagine discovering that The Yes Album was unsalted. That’s what it’s like.

Kronomyth 4.0: Dream on, on to the heart of the sunrise.

Of course, I am reminded continually (a bit too insistently, really) by the world that not everyone sees/hears things the way I do, and I’m honestly not sure which of us is the more to be pitied. If it seems like blind fanaticism, I would mention that none of these albums are my favorite albums, an honor that would belong to Jethro Tull’s Minstrel in the Gallery. But, objectively, I know the Yes albums are better.

What we can agree upon, I hope, is that this holy trinity of Yes albums represents one of the cornerstones of the church of progressive rock. I might prop up another corner of the church with the collected works of Tull (a personal choice), and certainly the trio of Foxtrot, Selling England By The Pound and Lamb Lies Down on Broadway would have a corner of its own. I would suggest that Sgt. Pepper’s through Abbey Road could occupy the final corner, but then the whole church would topple down in a heated argument of what exactly constitutes prog.

The Yes Album, of course, is a brilliant album, nearly perfect. Fragile re-defined perfection. Maybe it was the addition of Rick Wakeman or the more challenging rhythms presented by Messrs. Bruford and Squire, but I don’t think you can point to any one (or two) reason(s) why Fragile is better than its illustrious predecessor. It was as though every one of Yes’ five members had achieved a sort of nirvana with their instruments and with each other. That’s as close as I can come to describing the way it feels to listen to Fragile.

Oh, and transportative. All three of the aforementioned Yes albums take you to a different place, as though Roger Dean’s cover illustrations had come to life. (And Dean’s artwork is also the greatest album artwork of all time. It really was a planetary alignment we were witnessing.) You didn’t listen to “South Side of the Sky” and “Heart of the Sunrise,” you visited them. You visited “Roundabout” and “Long Distance Runaround/The Fish” too, but they were day trips relative to the worlds that awaited on the album’s two side-enders.

In between what are four of the greatest songs ever recorded are individual portraits that reinforce the image of musicians in nirvana with their instruments. You have Wakeman’s playful classical fantasy, “Cans and Brahms,” based on Johannes Brahms’ Symphony No. 4 (a personal favorite of mine as a child, along with Franck’s Symphony in D Minor), Bill Bruford’s tortuously complex “Five Percent of Nothing,” which has since become known as the intro for “Long Distance Runaround” much as Chris Squire’s “The Fish (Schindleria Praematurus)” has become the postscript to “Roundabout,” Steve Howe’s second solo, the classically styled “Mood For A Day,” and Jon Anderson’s multitracked marvel, “We Have Heaven.” Cameos and tapestries. The Beatles probably introduced the idea by giving each member a turn at the microphone, but Yes perfected it.

I would never advocate smoking marijuana or anything illegal, but – (whispering… Really? When did that happen?) – okay, apparently it isn’t illegal anymore, but only because the powers of the air that be have decided they can make money off of and pacify the masses by legalizing marijuana. Be cautious of any House of Representatives bearing gifts. Still, in a perfect world where squeezable jelly and ketchup bottles don’t form an unsightly crust around the aperture, everyone would get stoned to this album at least once. It would probably bring world peace… for forty minutes. I’ve spent a lifetime listening to this album and, in a way, it is like a drug or, more accurately, a small foretaste of Heaven, a fugitive drop of ambrosia from the afterworld, the memory of which keeps me hopeful for the wonders to come.