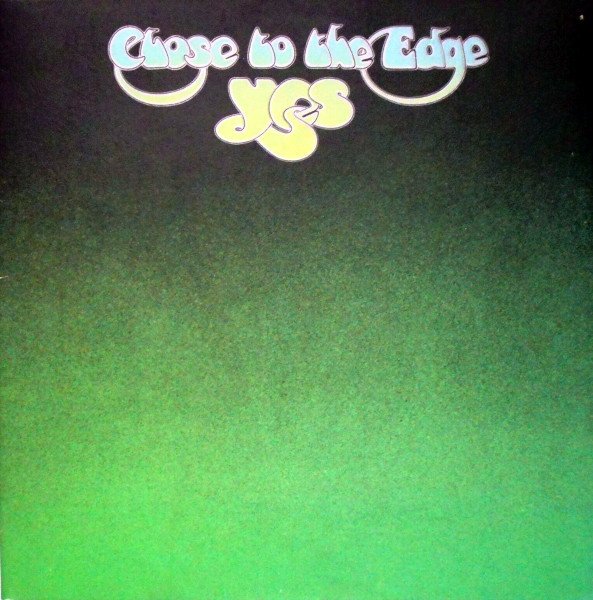 There is good music, and then there is music that has been God-kissed. This is that.

Kronomyth 5.0: As close to perfection as you’ll get.

If I were exiled to a desert island (and it’s a near certainty my family has entertained the thought at some point over the last few weeks), my happiness wouldn’t depend upon more than a handful of albums, a record player and headphones, a pair of coconuts and some copper wire to power the whole thing, and perhaps a strand of creeper for when I run out of coconuts. Close to the Edge would, of course, be one of those albums.

The Yes Album and Fragile took you places. Close to the Edge creates its own self-sustaining world. From the opening bird noises, you’re ushered into a fantastical world of sound where music is not made from mortal hands, but are colors commingling in an otherworldly paradise. The first half of Close to the Edge might just be the greatest stretch of classical music in the twentieth century. You’ll say that’s hyperbole, and I won’t deny it, but I’ll challenge you to name nine minutes of music that excite the senses more than “The Solid Time of Change” and “Total Mass Retain.” Things begin to fall apart a bit on “I Get Up I Get Down,” although it does provide a chance to catch your breath before the brilliant finale, “Seasons of Man,” in which the previous themes come together in celestial harmony. Truly, this was a heavenly alignment of talent, from Rick Wakeman’s mellotronic magic to Bill Bruford’s intoxicating assortment of percussion and irregular rhythms.

And You And I is even better in some ways, stitching together its three sections without a single seam showing. Jon Anderson’s opening song, “Cord of Life,” embarks on a journey of cosmic proportions, like Genesis’ “Supper’s Ready” (one of my other desert selections) bringing the listener from the present into the promised land. If I had ten minutes before the bombs arrived (and, admit it, we’ve all thought about it), I would queue up “And You and I” or “Supper’s Ready” for those final moments. (Okay, so I would actually pray with my family if I only had ten minutes, but I might cut my prayer short by a couple minutes so I could work in “Willow Farm.”) Siberian Khatru has always seemed a manic and unsatisfactory ending. I’ve warmed up to it over the years, but it’s the sort of fish that would have felt more at home on Tales From Topographic Oceans.

In my opinion, Yes went over the edge with the three-album Yessongs and two-album Tales. The trio of The Yes Album, Fragile and Close to the Edge, however, stands as some of the greatest music ever made. If those albums don’t forge an allegiance to the pantheon of progressive rock (or the equally regal triumvirate of Foxtrot, Selling England by the Pound and Lamb Lies Down on Broadway), then you’re doomed to a pedestrian life of pop music. I realize that I haven’t properly communicated the music of Close to the Edge, but I question whether words would do it any justice. Just listen to it. You’ll be blown away.

A1. Close to the Edge (Jon Anderson/Steve Howe) (18:50)
I. The Solid Time of Change
II. Total Mass Retain
III. I Get Up I Get Down
IV. Seasons of Man
B1. And You and I (Jon Anderson, themes by Bill Bruford, Steve Howe & Chris Squire) (10:09)
I. Cord of Life
II. Eclipse (Chris Squire/Bill Bruford)
III. The Preacher and The Teacher
IV. Apocalypse
B2. Siberian Khatru (Jon Anderson) (8:57)

All arrangements by Yes.