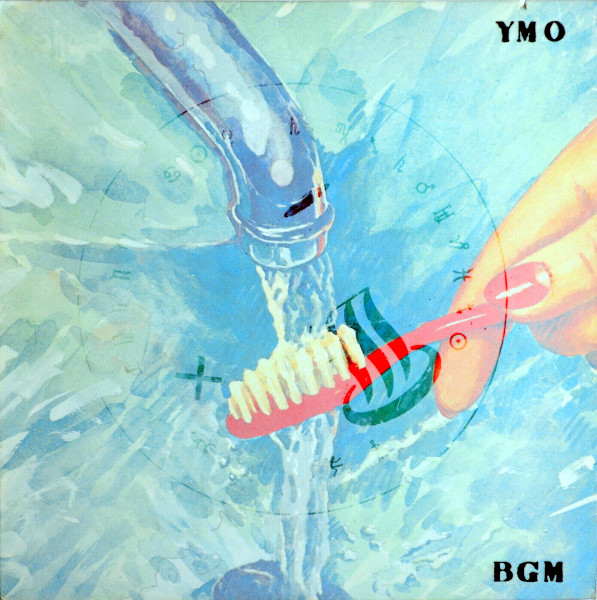 The band’s crowning achievement and one of the most important electronic albums of the 80s.

At this stage, Yellow Magic Orchestra was the most interesting electronic band on the planet. BGM (a reference to “background music”) is the beneficiary of three musical visionaries and over ¥50 million in new equipment. (The actual invoice for the equipment appears on the album’s back cover.) The album represents a unique marriage of European and Oriental influences that had always been at the heart of YMO, but never so perfectly executed.

You will have to get past the fact that the band continues to “sing” in English. The lyrics are often hard to make out but work effectively as musical elements. A few tracks are purely instrumental, including the ambient pieces, Happy End and Loom. The majority of the album is a master class in intelligent electro-pop featuring sophisticated synthesizers and synth-drums that feel remarkably fresh and exciting even today. Mass, Camouflage, Cue and U-T (my favorite track on the album) are high-water marks in electronic music. Even when the band raps, as they do on Rap Phenomena, they get it right.

I read somewhere that Riuichi Sakamoto was less engaged on this album, an observation ostensibly supported by the decision to re-visit the earlier “Happy End” and “Thousand Knives” (now called 1000 Knives). I couldn’t confirm or deny it, but neither song feels like an afterthought; “1000 Knives” in particular gets a fresh new treatment that suggests Michael Jackson picked the wrong YMO song to cover (“Behind the Mask,” in case you’re wondering). The band’s crowning strength is the unique but complementary contributions of its three composers. By opening with a song from each member, you get a clear sense of their range as the mesmerizing Ballet gives way to the very different Music Plans and “Rap Phenomena.”

Solid State Survivor is the first YMO album that impressed me. BGM impressed everyone. Honestly, before this album I wondered aloud why three serious Japanese composers would focus on making electronic pop music. Here, it all makes perfect sense. They weren’t just making music, they were making magic.

All arrangements by Y M O.