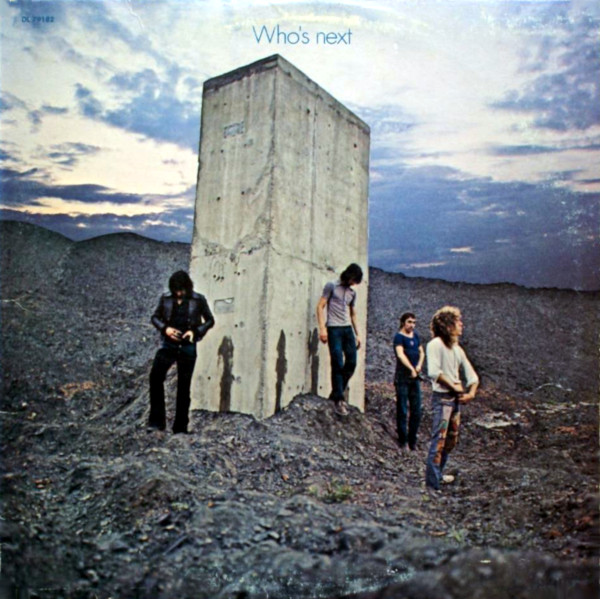 Pete’s failed attempt at a second concept album takes on a life of its own as one of the decade’s greatest rock albums.

Kronomyth 6.0: Perfect with a capital pee.

There are albums, and then there are uber-albums. (And, yes, I realize that the stupid cab company has ruined the word for many of us, but if it survived the Nazis it’ll survive the Capitalists.) Paranoid, American Beauty, Who’s Next, Sticky Fingers, The Yes Album – some of the greatest stuff ever committed to vinyl, all of it released at the dawn of the 70s. These records are so solid from top to bottom that they serve as a kind of greatest hits overview for the artists.

Certainly some of The Who’s greatest moments reside here: the epic “Baba O’Riley” and “Won’t Get Fooled Again,” the bitter “Bargain” and “Behind Blue Eyes,” the breezy “Going Mobile,” and that treasured anthem of every henpecked husband, “My Wife.” The lesser-known tracks are hardly slouches, instead offering a respite to buffer these intense emotions. What band would kick a “Love Ain’t For Keeping,” “The Song Is Over” or “Getting’ In Tune” out of its album setlist? None.

Beyond the brilliance of the material, what’s always impressed me about Who’s Next is the way the roles are defined here: Daltrey as the band’s heart, Townshend as its brains, and the rhythm section of Entwistle and Moon as the lungs and nervous system. Here was a band whose greatness rested on the sum of its parts. And those parts were constantly busy, the four members bathed in a shared spotlight, playing at 100% all the time as if the light were shining on them alone at that moment. It’s what makes a song like “Going Mobile” or “Won’t Get Fooled Again” so much fun, because your ear can wander from bass to drums to guitar to vocals and get lost in each for a moment. That’s often the case with trios out of necessity (Cream, Rush), but it’s an exponential increase in pleasure when another instrument or two is added (prog fans will know what I’m talking about).

In 1995, MCA released an expanded, remastered edition that partially atoned for their historically cheap repackages. I’m not sold on the idea of attaching inferior work to superior masterpieces, but the live version of “Naked Eye” alone justifies the exercise. You can lament the death of Lifehouse if you want, but what survived here is worth ten convoluted concept albums.

All songs composed by Pete Townshend unless noted.
(*) Indicates where CD track time differs notably from the elpee times.

Photography by Ethan A. Russell. Design by John Kosh.