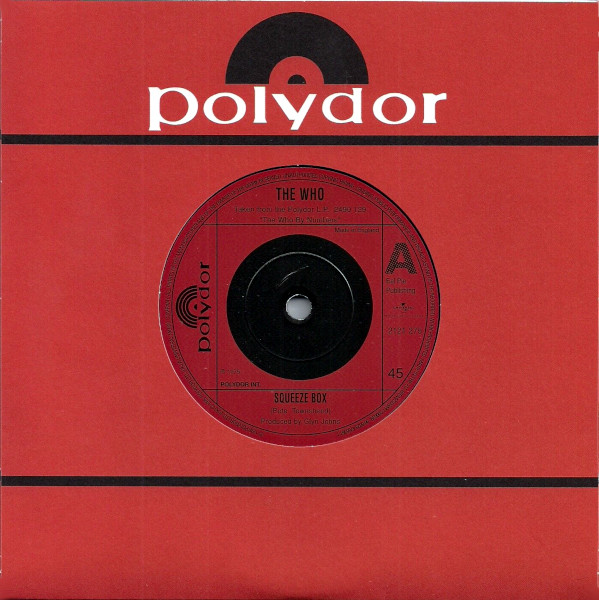 A perennial candidate for their greatest hits. Ha! Ha! Get it? Because… ugh, never mind.

This is The Who’s most popular novelty single, a bright spot on an otherwise dour record (The Who By Numbers). Using a squeeze box (accordion) as a double entendre for a woman’s breasts, “Squeeze Box” somehow slipped past the censors, to the delight of adolescent boys everywhere. Personally, I think it’s undersung and prefer Pete with a guitar (rather than a banjo or ukelele) in his hands, but it’s nice that the band didn’t feel boxed into making maximum-decible rock and roll all the time.

The B side is John Entwistle’s “Success Story,” which I’ve always enjoyed. It’s one of the heavier tracks on Numbers. Too bad John wasn’t tapped for a second song, since I’m sure he could have come up with something better than “However Much I Booze.” Both “Squeeze Box” and “Success Story” are identical to the elpee versions. Even the picture sleeve artwork is the same, making this one of the less interesting entries in The Who’s discography. TTFN.