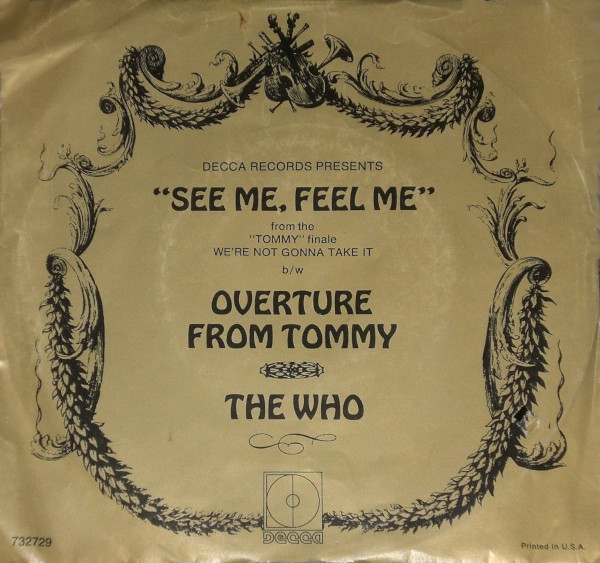 The last single from Tommy, although I have the strange feeling we’ll meet again.

In the Fall of 1970, Decca/Track decided to release one last single from Tommy featuring excerpted versions of the work’s opening and closing musical statements. “See Me, Feel Me” removes the “We’re Not Gonna Take It” section (its original title) and now features only the “See Me, Feel Me” and “Listening To You” sections. The flip side is the Overture faded before “It’s A Boy” arrives. Later releases of Tommy adopted the approach, with “It’s A Boy” and “See Me, Feel Me” presented as separate songs. Fascinating stuff, I know, and the sad thing is it took 90 minutes to track down and confirm the different releases. It’s a queer geas I’m under. Note that this single is different than the soundtrack version of “Listening To You/See Me, Feel Me,” which was released as a single in 1975.